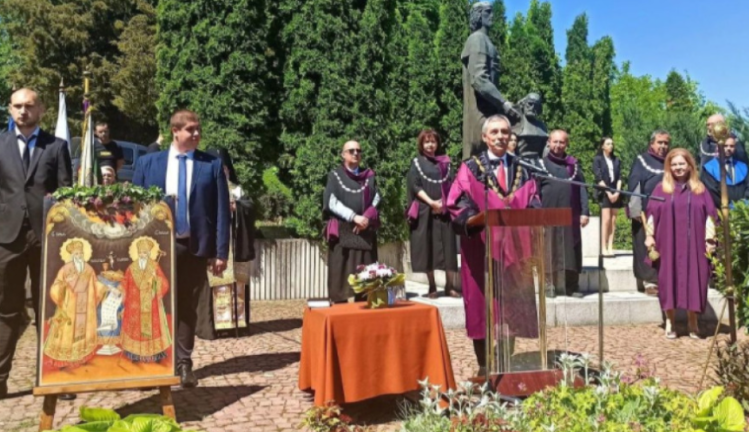 Bulgarian member of the European Parliament and rapporteur on Macedonia Ilhan Kyuchyuk met with teachers and university professors from Veliko Trnovo and the Ss. Cyril and Methodius University there, and while calling for the admission of Macedonia to the European Union, announced a competition in history between students from the two countries.

The university plans to expand into Macedonia, as part of the demands by Bulgaria that Zoran Zaev opens Macedonia for Bulgarian investment and cultural exchange. The issue of history and of having competitions is divisive, though, as Bulgaria insists that Macedonia accepts its historic narrative before it can join the EU. It’s not clear how the students will be judged in this competition, given how different the historic narratives are between the two countries, on issues such as the medieval history, the origin of the two nations and the Second World War.