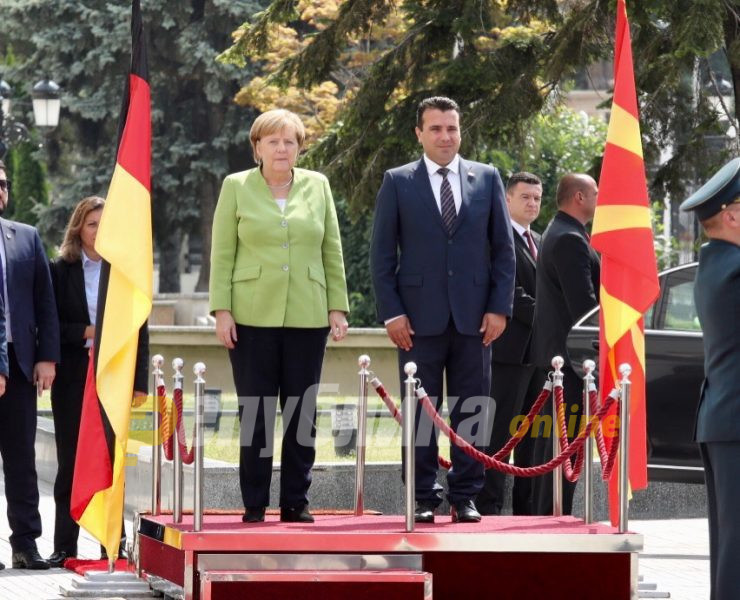 German Chancellor Angela Merkel reacted emotionally at the proposal to decouple Macedonia from Albania and said it would make the EU look Islamophobic, writes former Portugese State Secretary for Europe Bruno Macaes. Macedonia’s best chance to open EU accession talks in October was a stand-alone candidate, but it was eventually lumped together in a group with Albania which led to both countries being rejected by France and other EU member states.

So I understand that in the European Council when some suggested decoupling Macedonia from Albania, Merkel emotionally argued (that) Europe could not afford to be seen as Islamophobic. Pity this was not reported. And why we will miss her. We will miss her more than we know, Macaes said in a Twitter comment. 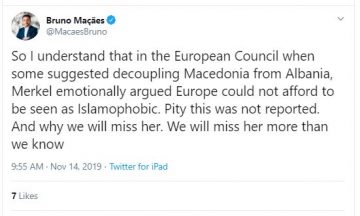 A number of EU member states proposed that Macedonia is decoupled from Albania and joins (overwhelmingly Christian) Serbia and Montenegro who have opened their accession talks. This proposal was shot down by Italy and Germany, although, truth be told, it is doubtful to what extend did Macedonian leaders even push for this given their dependence on ethnic Albanian voters.

Nikoloski: The Zaev Government didn’t even ask for decoupling of Macedonia from Albania

The Portugese expert on Eurasia has warned that the French veto was driven by Islamophobia. In a Politico article he described how Albania is majority Muslim and Macedonia has a “very large and politically active Muslim minority”.

Macron is not a vulgar Islamophobe — there are many in France who are — but he seems increasingly convinced that Europe is in danger of being absorbed by Islam and thus needs to close the door to Turkey, “dangerous” Bosnia-Herzegovina, Albania and “North” Macedonia and cozy up to Christian Russia. He certainly seems reluctant to admit a Muslim voice and a Muslim veto into the exclusive rooms of the European Council, Macaes writes.

European leaders remain deadlocked in talks over Macedonia and Albania