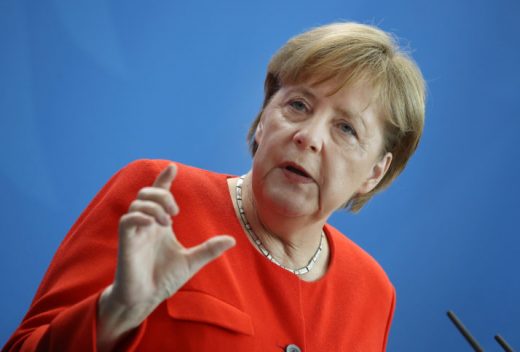 German Chancellor Angela Merkel promised to work for a positive decision so that Macedonia can open accession talks with the European Union in October.

Merkel was asked about Macedonia’s prospects in Brussels, when European leaders refused Macedonia’s request to open accession talks this summer, and postponed the decision for late October.

The German Chancellor commended Macedonia for its exemplary work with the Prespa treaty, under which the country changed its name and is redefining itself, and assured Macedonians that the decision is a matter of weeks. Merkel said that she will put all her political weight behind the decision.

France is seen as the main opponent of the opening of accession talks, as President Emmanuel Macron wants to see the union more deeply integrated before he approves its broadening toward other member states.