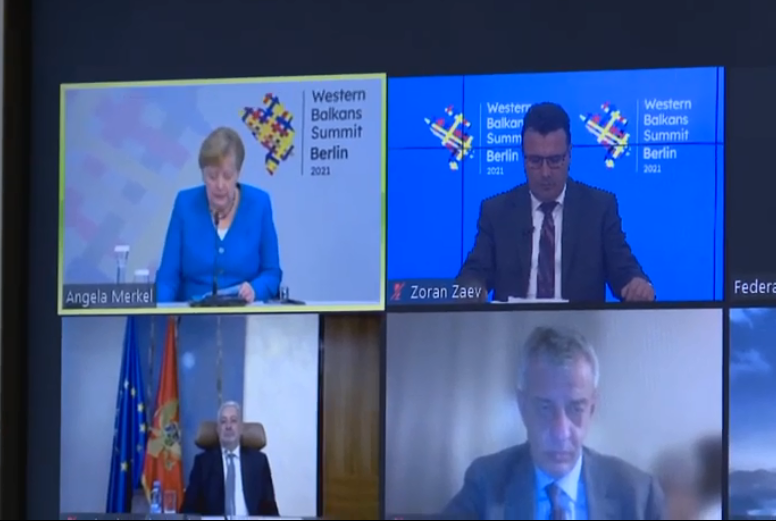 During an online meeting with the Balkan leaders, outgoing German Chancellor Angela Merkel said that the Bulgarian veto of Macedonia was one of the unforeseen developments in the region.

Merkel discussed the long process of getting Macedonia to accept the Greek demands, and said that once this was done, suddenly Bulgaria came up to block the process. Merkel said that a lot of patience will be required to resolve the remaining disputes in the region, such as the Bulgarian dispute with Macedonia, the status of Kosovo and of Bosnia.

Zoran Zaev, for his part, said that the process of regional cooperation should not be seen as substitute for EU integration. Zaev is involving Macedonia in the Mini – Schengen initiative that creates a platform for cooperation with Albania, Bosnia, Serbia and Kosovo, which is more and more seen as some kind of a substitute for the main prize that was promised to the Macedonian people.