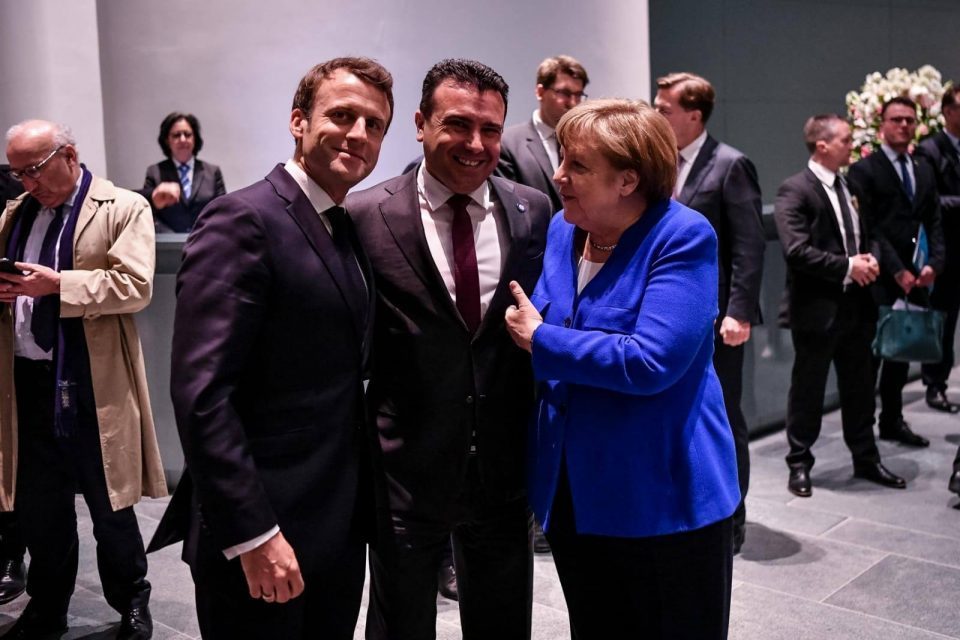 A German government official said that Chancellor Angela Merkel will raise the issue of setting a date for Macedonia to start EU accession negotiations with Macron on Wednesday.

It is a priority matter for Germany and strategic question for the EU, German government official told Reuters.

Reuters writes that French President Emmanuel Macron was headed for a clash with German Chancellor Angela Merkel this week after Paris was isolated on Tuesday in opposing starting membership talks with Macedonia, adding that Denmark and the Netherlands sided with the French rejection of launching accession talks with Albania.

In Paris, a French presidency official said Macron’s government would not agree to open the talks now.

These countries will be part of the European Union one day… but it is too early to open the legal process toward enlargement, the presidential official told Reuters.

France says the EU faces too many challenges – including Britain’s planned exit, China, migration and security threats posed by Russia – to let in two more states from the Balkans, a region still scarred by the legacy of 1990s wars and struggling with crime and corruption.