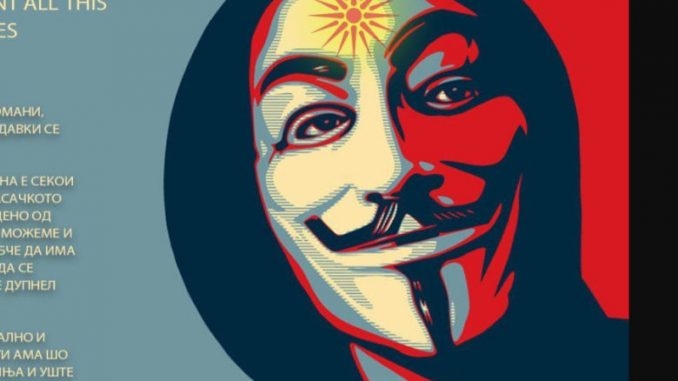 A message from an allegedly Macedonian nationalist hack group was sent to the Time.mk news aggregator which was hacked yesterday, just as the public was plugging in to view the results of the early general elections.

It was the second of the two major website failures of the evening – the first, and more consequential, affecting the State Electoral Commission. This incident, which SEC head Oliver Derkoski later said was an attack, created an unprecedented situation that results are not known within hours of the vote. Usually the public has detailed results, down to the individual polling stations, between two and three hours after the polls close. These incidents, and the exceptionally narrow difference between the leading parties, as reported by the SEC, caused confusion and eroded the credibility of the elections.

The message sent to TIme.mk, which generally reports news and tweets from all main news sites, but is often accused of having a left wing bend, is aimed at Macedonian voters who support SDSM and its concessions with Macedonian national interests. It has not been confirmed if the message is authentic or if this group, if it exists, is behind the SEC hack as well. Time.mk owner Igor Trajkovski said that this was a massive DDOS attack. The aggregator is now up and running while the rezultati.sec.mk website remains down.