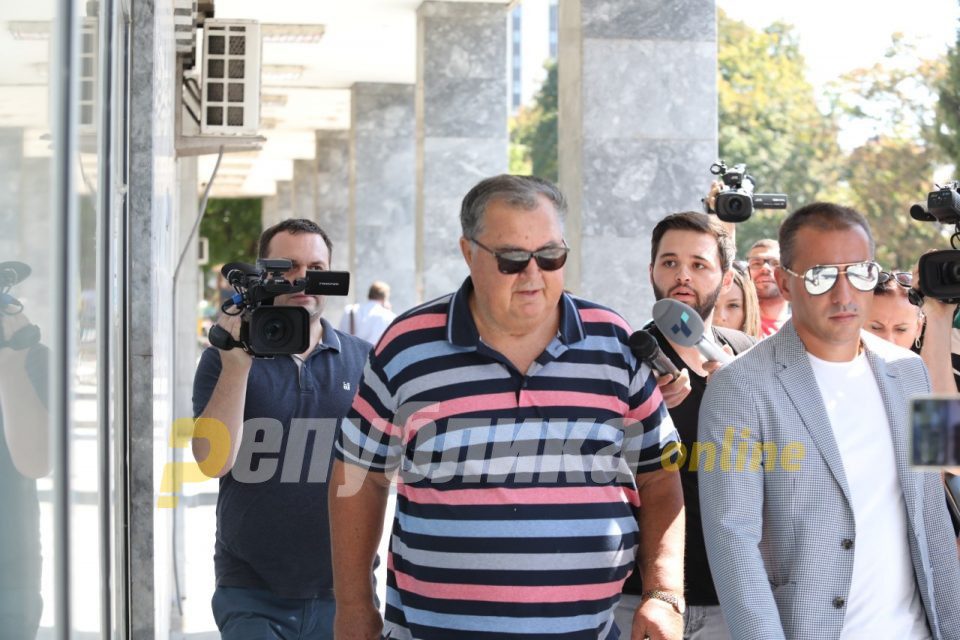 Bitola business mogul Siljan Micevski said he wants Bojan Jovanovski – Boki 13 to pay him back the 720.000 EUR he gave him. Micevski spoke to the press after testifying before the prosecutors investigating the huge corruption scandal, prompting a reply from the opposition VMRO-DPMNE party that the prosecutors need to start going after Boki 13’s enablers in the Government, and not just questioning his associates.

I gave money to the International Association led by Jovanovski, and naturally, I will want them back, Micevski told the press.

With this, he publicly acknowledged one of the most surreal elements of the corruption scandal, in which this seasoned construction businessman and former SDSM party operative signed a contract worth 1.5 million EUR with the showman Boki 13, for a loosely defined charitable construction development in Bitola, and paid about half the agreed sum to an elderly woman based on a contract for “services”.

The woman who collected the money said that she was sincerely promoting a charitable idea, but that the money were taken away from her as soon as she collected the entire sum from the bank.

I was robbed: Wheelchair bound elderly woman sent by Boki 13 to collect 720.000 EUR says the money were taken from her as soon as she left the bank

The story sparked speculations that Micevski was actually paying Boki 13 because he was being extorted and threatened with criminal charges from Special Prosecutor Katica Janeva, which was allegedly one of the preferred methods of extorting money used by Boki 13.

How long does prosecutor Vilma Ruskoska to avoid questioning Zoran Zaev, the SDSM party officials we heard about under the names of Kiki, Friki and Sheki, and the other associates working with Boki 13? Where did the bag filled with money, taken by Boki 13, end up? Ruskoska has no intention of getting to the bottom of the scandal, the opposition VMRO-DPMNE party said, after Micevski and a showbiz personality close to Boki 13 were questioned today.

A month and a half after the initial arrests, and despite early promises of being eager to investigate the scandal, prosecutor Vilma Ruskoska has moved carefully, as the allegations began to point closer and closer to top officials in the ruling SDSM party.