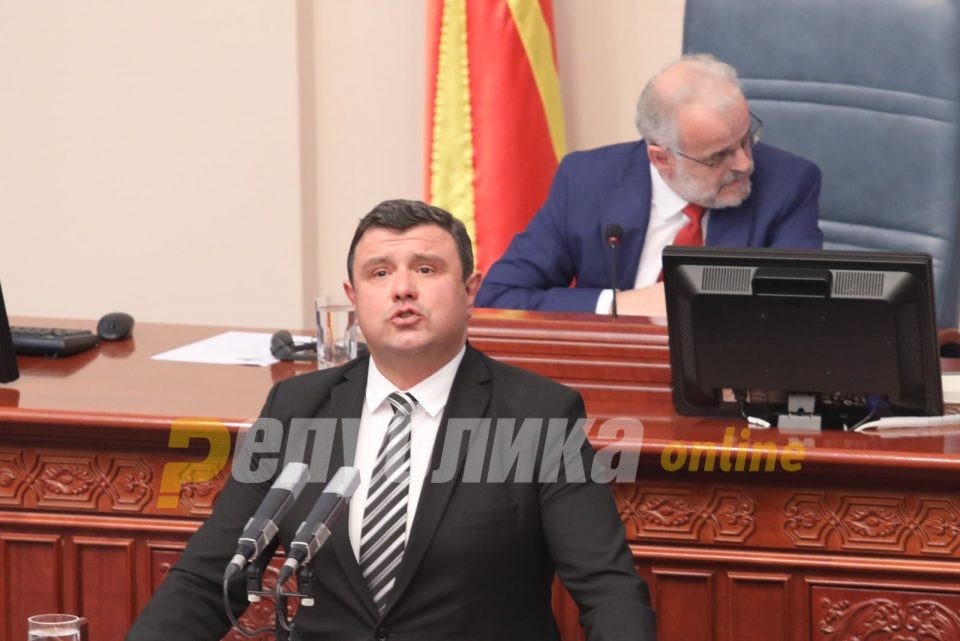 The coordinator of VMRO-DPMNE’s group in Parliament Nikola Micevski during today’s debate in Parliament said that the census bill is unacceptable for them and that they will vote against.

With the law, we did not reach the plenary session in the way we wanted and called for. From the very beginning, we sought a state consensus on this issue, and not a government-coalition decision of the ruling parties on the way, ie the form for conducting the census. You missed the chance to give legality and legitimacy from the very beginning, ie trust in the statistical operation – called the census, Micevski said.

He said that VMRO-DPMNE wanted to participate in this process and that is why the parliamentary group submitted 26 substantive amendments, which were in accordance with the regulations and recommendations of the European Parliament, the United Nations and Eurostat, but the ruling majority did not accept them.

Micevski reminded that the government did not accept the proposal of the opposition to use fingerprint readers for the census.

The census should be a statistical operation that should provide the number of the resident population, not the number of citizens. It does not have the definition of permanent residence that every census law must have, he said.

VMRO-DPMNE to participate in coordination meeting in Parliament: The only request is to return the French proposal to the Government