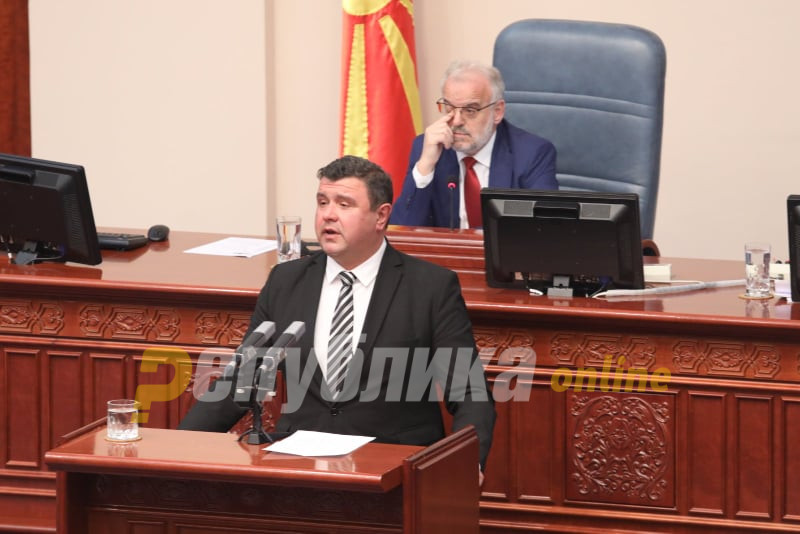 This is a government, just like the previous one, which does not have the credibility and capacity to take Macedonia out of the difficult situation in which it has been for a long time, and is a result of the destructive and catastrophic rule of Kovacevski’s predecessor and teacher, Zoran Zaev, MP and coordinator of the parliamentary group of VMRO-DPMNE, Nikola Micevski said at Saturday’s parliamentary session to discuss the election of a new government, adding that many of the staff proposed for ministers are part of the people who brought Macedonia into the country where crime flourishes, corruption, a country in which there is a great financial, economic, health, and last but not least, energy crisis.

The disastrous policies of SDSM that were led by people and staff that led to a terrible crisis in Macedonia in healthcare in general, including the consequences of COVID 19, the energy crisis, the chaos of Skopje’s supply of heating, and the economic crisis in the country, now we should believe and expect that these same people will bring good for the state and the citizens, Micevski said.

Micevski also reminded of the unanimously adopted Declaration on establishing red lines in the dispute with Bulgaria.

Micevski: Is it so difficult for the government to ask Bulgaria to adopt the decisions of the Strasbourg Court regarding the Macedonian minority in Bulgaria

Micevski: This is not the time to celebrate, the situation is serious