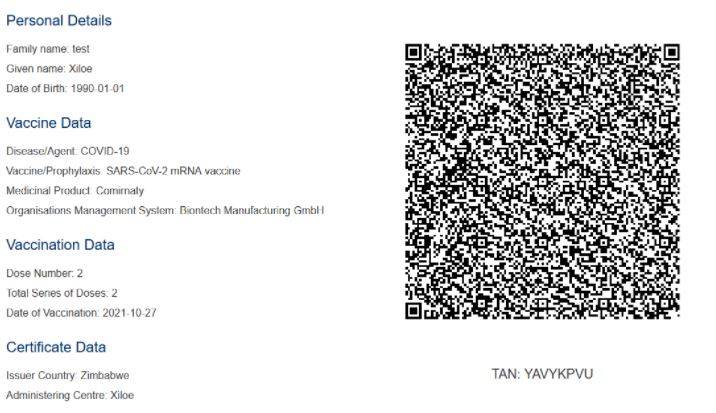 European countries, as well as Macedonia, recently had to update their digital vaccination certificates after an ad appeared on a hacker forum, offering valid digital EU certificates for the price of 300 euros.

The Dutch public broadcaster RTL contacted the advertiser, who, to demonstrate that it was not a scam, prepared a QR code from France for Adolf Hitler, born on January 1, 1900. He told RTL reporters that he could only issue QR codes from France and Poland, but since this is a reciprocal EU agreement, those codes are valid in all member states.

Soon after, similar QR codes from the EU digital certificate with all sorts of names and even of animated characters like Mickey Mouse and SpongeBob began to be published across Europe.

The Ministry of Health informed Friday that the citizens who have obtained an EU vaccination certificate through vakcinacija.mk, should generate a new one through the web portal. It is a security protocol that prevents the use of fake EU certificates, with fake names and fake data.

All countries that have implemented the EUDCC, as noted, face constant attacks on their systems from third parties, malicious parties. The Republic of Macedonia is among them.

As part of such an attack on the system, on Thursday third parties managed to generate four fake EU certificates, with fake names and fake personal data, and the certificate stated that they had received the vaccine in the Republic of Macedonia.

In order to annul the fake certificates and provide increased protection, the EU certificates of the citizens of the Republic of Macedonia are re-generated. Every citizen can in a very simple way, in less than a minute, download his personal EU certificate by accessing the portal vakcinacija.mk, according to the Ministry of Health.