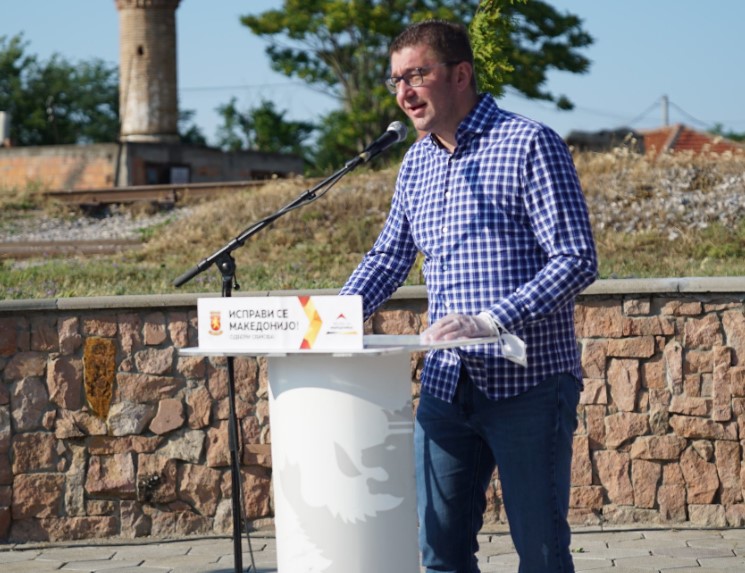 A vote for SDSM and BESA would be a vote in favor of politicians from the past, spent and with no fresh ideas, said VMRO-DPMNE President Hristijan Mickoski who campaigned in the rural district of Lozovo today.

Those people sold everything that wasn’t nailed down, Mickoski said about the ruling SDSM party. “And they keep telling us it had to be done to make Macedonia part of Europe. These are not just any elections, it’s a choice between going left, with a bent spine, with endless humiliations and embarrassment, or going right, with dignity and honor. A vote for them is a vote in support of crime, racketeering and poverty”.

Mickoski presented the program for Renewal proposed by VMRO-DPMNE, which, he said, will prioritise the fight against crime and corruption and will also initiate over a 1.000 projects that will improve infrastructure, the quality of life and the living standards.