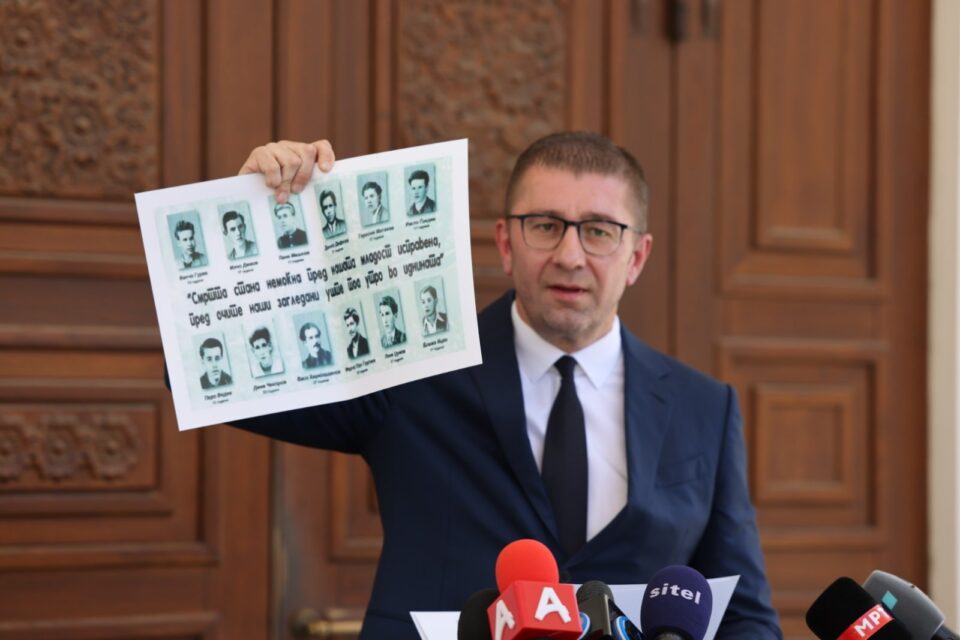 The following three positions of VMRO-DPMNE were presented at the meeting.

After we heard the president of the EC, Ursula von der Leyen in the Macedonian Parliament that if what is promoted by the Government of SDSM and DUI passes, we will have an intergovernmental conference, the dilemma that VMRO-DPMNE, the Macedonian public and the citizens have is the following: In article 11 of the document called EU Common Position, it is clearly stated that Macedonia will not start the negotiations as long as, I repeat, until the Constitution is changed, whether this is true or not, I leave it to the public experts and the people who deal with this problem to give an answer. 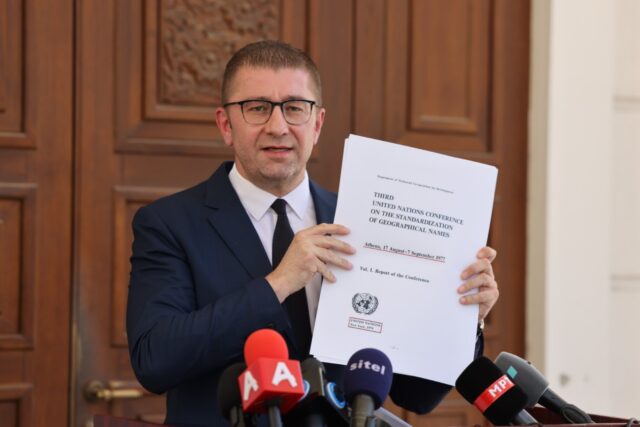 The second dilemma we have and the second question is, because it was mentioned in the speech that we will not talk about history, but Article 14 of the same document does not say that. Article 14 says the exact opposite, and that is that a document called the Protocol will be signed these days, and in that document everything will be discussed, except for the rule of law, the fight against crime and corruption, a better economy, better quality healthcare, more competitive education. But we will talk about the Middle Ages, about the 18th or 19th century, whose was Goce, whose was Dame, whose was the Ilinden Uprising. Which means that according to Article 14 and the Protocol, which, to be honest, no one in the Macedonian public has seen or read its content. We will talk about everything, but we will not talk about the future. We will talk about problems from the past. That is, we will talk about how to assimilate the Macedonian people in the 21st century and destroy the Macedonian identity. This Article 14, from the document called the Common Position of the EU, is related to the general positions of the EU, Article 5, where in addition to the Copenhagen criteria and the criteria defined by the Stabilization and Association Agreement, only for Macedonia, for none of these 27 member states, nor for Albania are set bilateral issues as a criterion. It is clearly stated here that annual reports and measures are needed for the effective implementation of what was agreed upon according to Article 12 of the Good Neighborly Agreement, and related to the Protocol that no one alive in Macedonia has seen, which means that it is not true that we will not talk about history. We will talk about everything, but we will not talk about what is important for the citizens, which is a better quality of life. To be more precise we will be focused only on history. 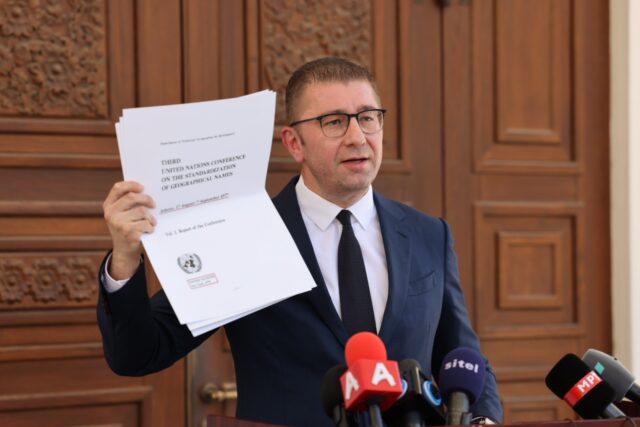 And the third question about which I also have a dilemma, and the positions of VMRO-DPMNE are like that and they have a dilemma, is the introductory statement, article 3, where it is clearly stated that the acquis or the negotiating framework will be translated into Macedonian language, but the Bulgarian side will give a one-sided statement with how it sees the Macedonian language. So that we have a clear Macedonian language, that is, that we have a clear language that will literally be part of the negotiating framework and the documents of the European Union, is a big lie. 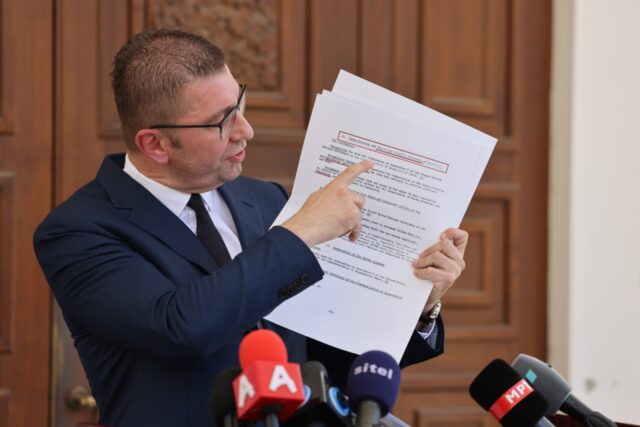 Here is article 3, it clearly states that we will have practically a unilateral statement by our eastern neighbor that the Macedonian language is probably some version of the Bulgarian language. Why is this important? This before me, respected representatives of the media and respected citizens, is a document from the third conference of the United Nations from 1977 and refers to the standardization of world languages, held in Athens exactly 45 years ago, where the difference between the Bulgarian language and the Macedonian language is clearly stated with the Macedonian Cyrillic alphabet. And I showed this at the meeting, Mickoski said.

He showed photos that he also showed to the president of the EC, with which he wanted to show her that the Macedonian people should accept that after those atrocities, the Bulgarians in Macedonia were administrators, not occupiers. 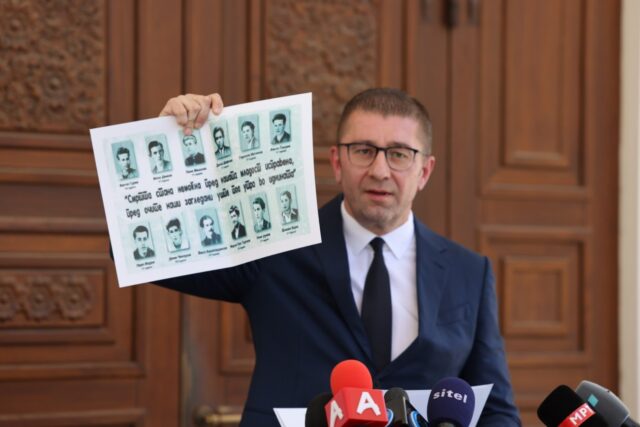 And these are the wagons of the Bulgarian national railway where they deport exactly 7114 Jews from Macedonia and take them directly to the concentration camp in Treblinka. Is this the work of administrators? Are these the administrators we should include in our textbooks? 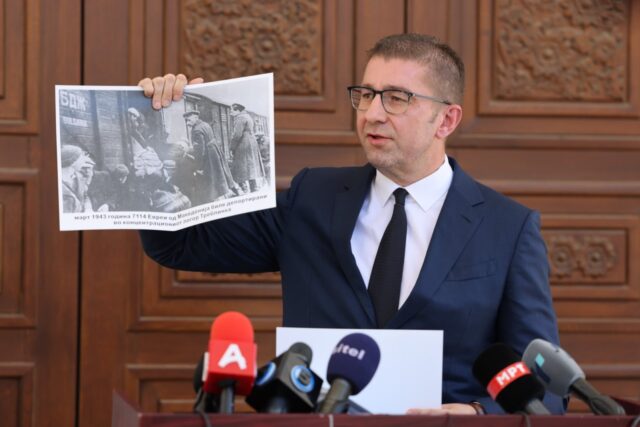 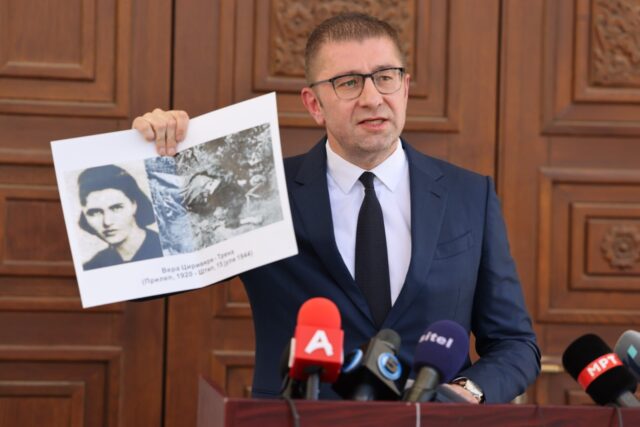 These are the dilemmas that VMRO-DPMNE and I have, and unfortunately these corrupt politicians in the government, aided by other corrupt politicians, do not have them and are selling off what someone paid for with blood and life. 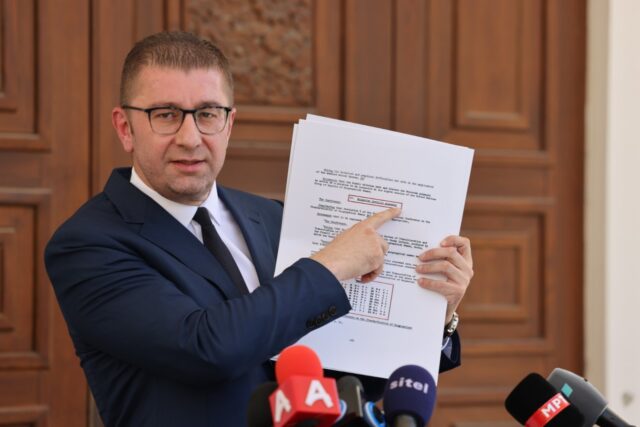 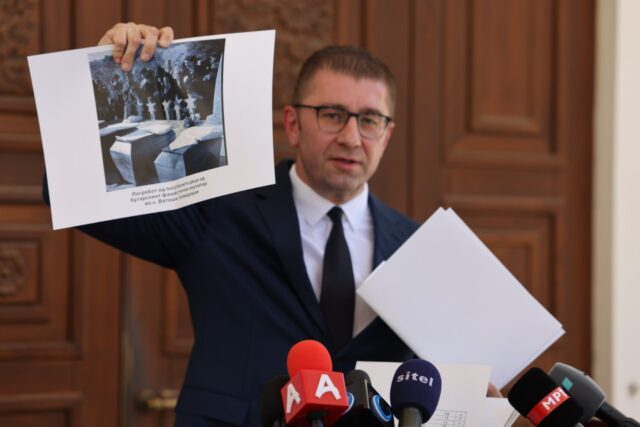 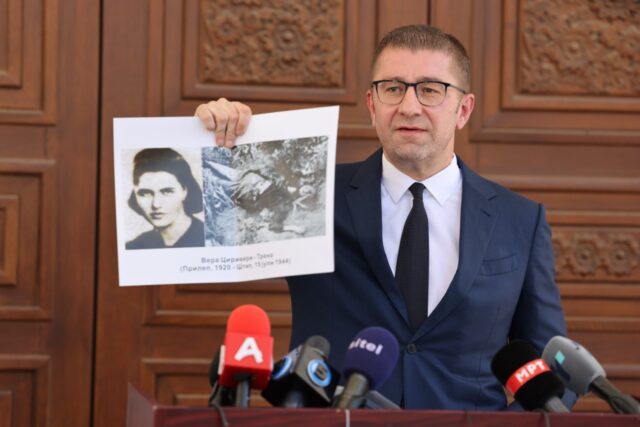 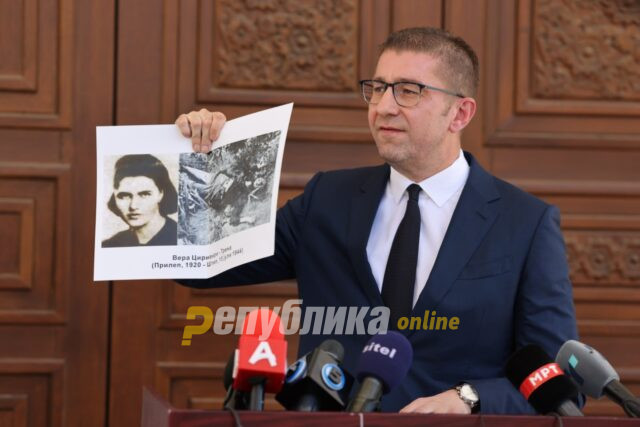 When asked whether Macedonia will recognize the results of the referendums in four Ukrainian regions on joining Russia, Foreign Minister Bujar Osmani said that Macedonia will never do that. He added that it is important for Ukraine to win the war with Russia, which through manipulative referendums wants...
Economy 26.09.22 | 12:41