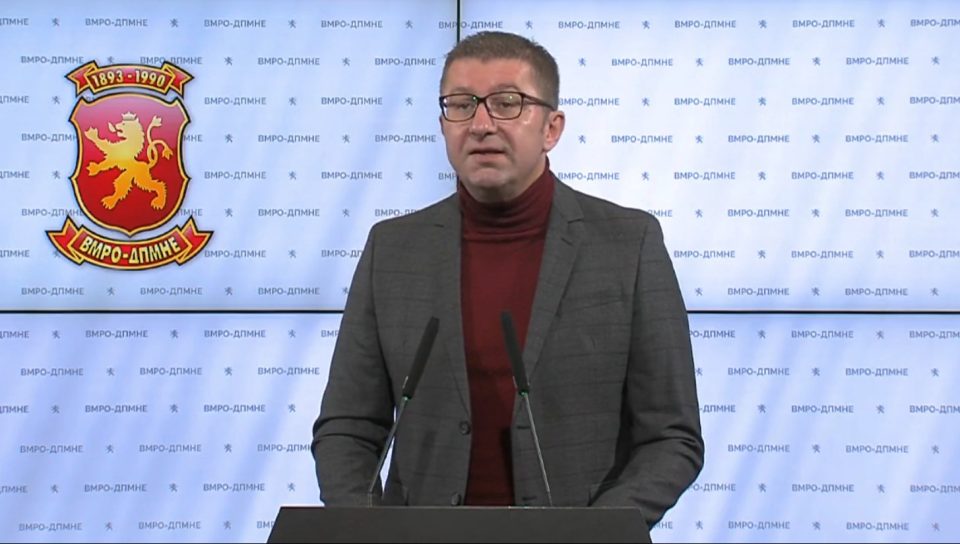 Regarding the negotiations between Zoran Zaev and the small Alternative party to try to form a new ruling majority, VMRO-DPMNE President Hristijan Mickoski said that it would lead to a Government with a weak and blackmailed Prime Minister. Zaev is supposed to meet with Alternative leader Afrim Gashi tomorrow, in an attempt to again get over 61 votes in Parliament.

The only person who needs a weak, blackmailed Prime Minister is Ali Ahmeti with his DUI party. Formally DUI maybe won’t nominate the next Prime Minister, it will be done by SDSM and Zoran Zaev, but in reality, we see that this is a DUI led Government. This turn of events favors only Ali Ahmeti and DUI, and is against the will of a large majority of Macedonian citizens who disagree with Ahmeti’s policies, especially in the area of fighting crime and corruption, which are widespread in their ranks, Mickoski said in an interview with Voice of America.

He added that, in the meantime, VMRO will show the citizens an alternative way of running the country, using its majorities and mayoralships in most municipalities across the country.

In the interview, Mickoski repeated his call to the European Union to allow Macedonia to open its EU accession talks. He welcomed the new initiatives from the United States to get Bulgaria to lift its veto.

We were denied one basic human rights (the name) and now we are denied other basic rights. That must not be an excuse to deny us the date for opening EU accession talks again. I appeal to our eastern neighbor, if there are people there with European values, to drop their hegemonistic demands and to allow their first neighbor, Macedonia, to open its accession talks. We have made enough concessions, Macedonia has made enough concessions. Now is time for the EU to deliver what it promised, Mickoski said.