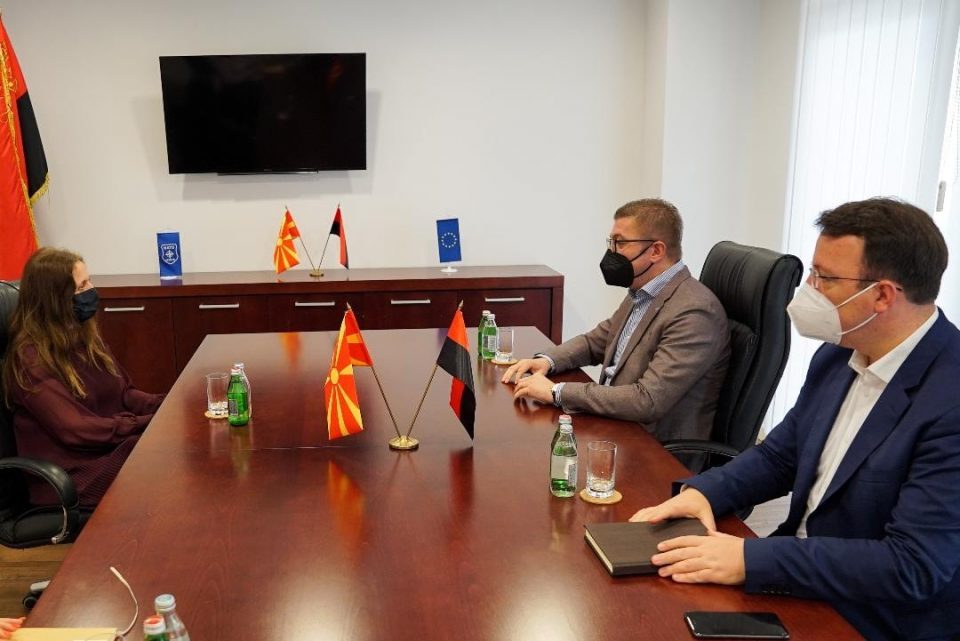 The leader of VMRO-DPMNE, Hristijan Mickoski, together with the party’s vice president Aleksandar Nikoloski, met Monday with the British Ambassador to Macedonia, Rachel Galloway.

At the meeting we talked about the current developments after which I pointed out that Macedonia has become a country where it is really difficult to live, unfortunately the promises for development economy of the government resulted in an economic bottom for the citizens. The way the government and the institutions deal with the high-level corruption in the country that violates all international standards, such as scandals related to the issuance of Macedonian passports to criminal cartels, as well as the immersion in the criminal activities of certain government officials and the insufficient number of substantial reforms is just a stagnation of the country’s international integration, Mickoski informed on Facebook.