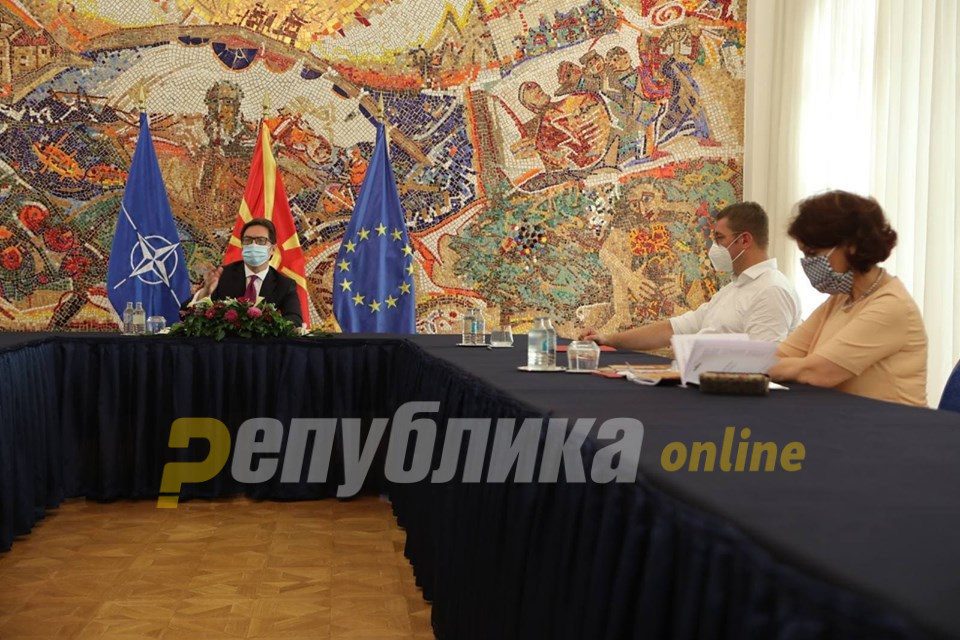 The group of members of Parliament from VMRO-DPMNE, led by party leader Hristijan Mickoski, entered villa Vodno, the official residence of President Stevo Pendarovski, for a meeting where they will demand an explanation why the mandate was given to SDSM leader Zoran Zaev.

Pendarovski gave his party ally Zaev the first shot at forming a Government despite the fact that he does not have the 61 votes that are needed. The two main parties are essentially tied – SDSM has 46 seats, but four belong to their coalition partner BESA, while VMRO-DPMNE has 44 seats. Both parties rely on other smaller coalition partners, but SDSM does so to a larger extent. 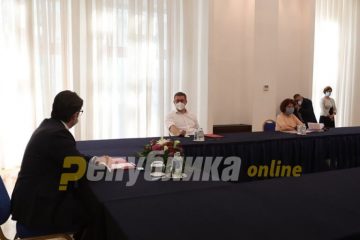 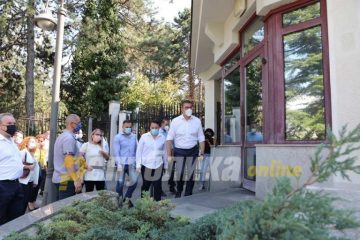 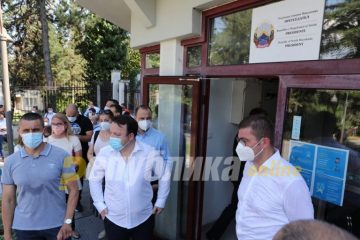 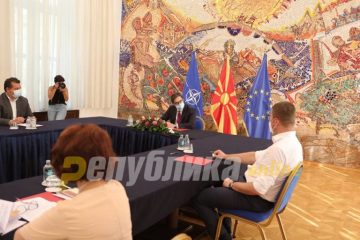 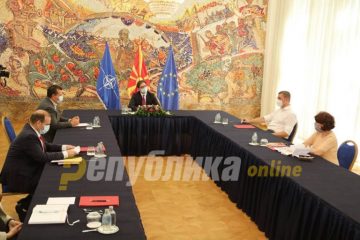 Mickoski led the party group on a walk up the boulevard leading to villa Vodno, and said that he requests that Pendarovski meets him and at least one other VMRO member of Parliament. The group was initially met by Pendarovski’s chief of staff Mile Bosnjakovski, and are now being received in the residence. The meeting is beginning with Mickoski and some of the leading members of Parliament, such as Gordana Siljanovska – Davkova in attendance.