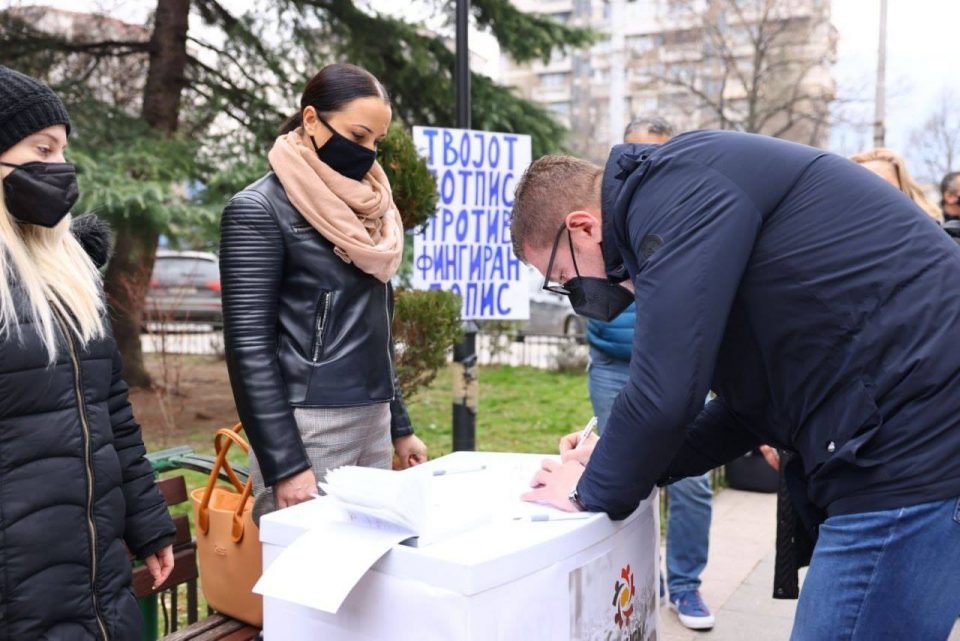 VMRO-DPMNE leader Hristijan Mickoski came out of today’s meeting with Zoran Zaev with all his demands met – chief among them , that the census is postponed for autumn, when the coronavirus epidemic will hopefully be reduced and the population vaccinated to some degree.

Zaev was dead set on holding a census next month, in the midst of a major Third Wave of the epidemic, after being put under pressure by his Albanian coalition partners to structure it in a way that will maximize registration among the Albanian diaspora and minimize actual residents of the country. Mickoski said that the outcome of the talks is a major victory first and foremost for protecting public health and the lives of the citizens. Having census teams go door to door and likely carrying the virus with them could have lead to major spread of the infection.

Some of the other outrageous elements of the census are being removed as well. Zaev was forced to counter his powerful First Deputy Prime Minister Artan Grubi, from the Albanian DUI party, who said that even emigrants who renounced their Macedonian citizenship will be able to register in the census. Asked by the press, Zaev insisted that this will not happen, and with its newfound leverage, gained by abstaining from sessions of the Parliament, VMRO is now in a position to improve the process even further. There is widespread practice of sharing citizenships between two, three, even four countries among ethnic Albanians in the region and the census, as planned by Zaev and his Albanian partners, would have included numerous former citizens of Macedonia or people with few actual ties to the country. This also drove the de-facto boycott of the census among the ethnic Macedonian diaspora and contributed to the calls to boycott the in-person portion as well. It remains to be seen to what extent can the process be repaired by September and trust restored.