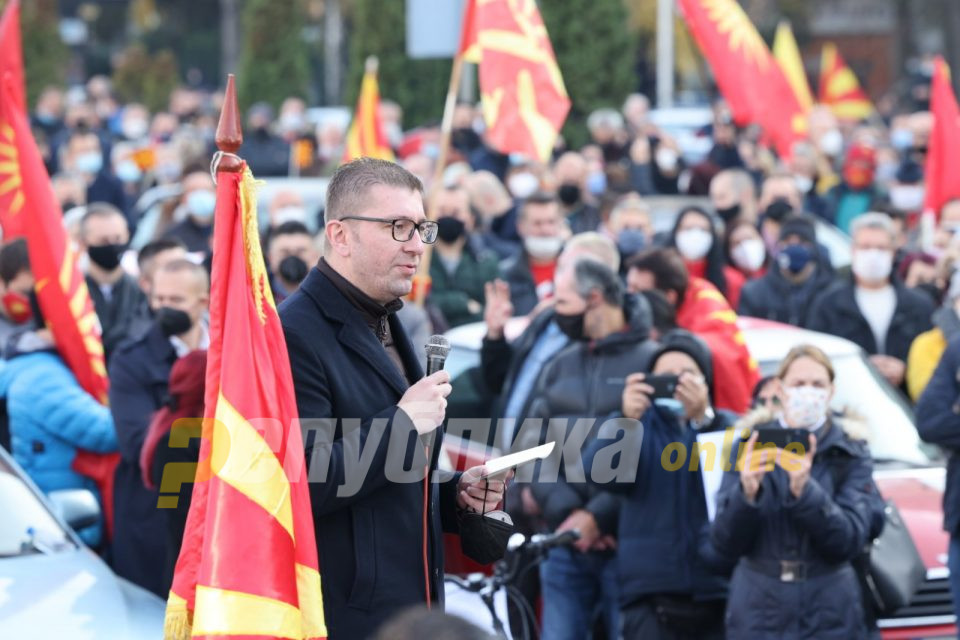 In an interview with Deutsche Welle, VMRO-DPMNE President Hristijan Mickoski said that he would’ve been happy if the ruling coalition agreed to negotiations. This would’ve avoided the need for the blockade in Parliament and the coming large protest organized by VMRO on June 18th.

The date of the protest was chosen in between the two phases of our activities that we plan to carry out during the summer. We are working to bring down this Government and believe that it is necessary to hold protests. The blockade will continue, and we will not pretend that the situation we live in is normal. The rally is also planned for several days ahead of the European Council. We still don’t know what to expect from the Council, as we are kept in total darkness by the Government. But we will not support just any kind of a deal with Bulgaria, Mickoski said.