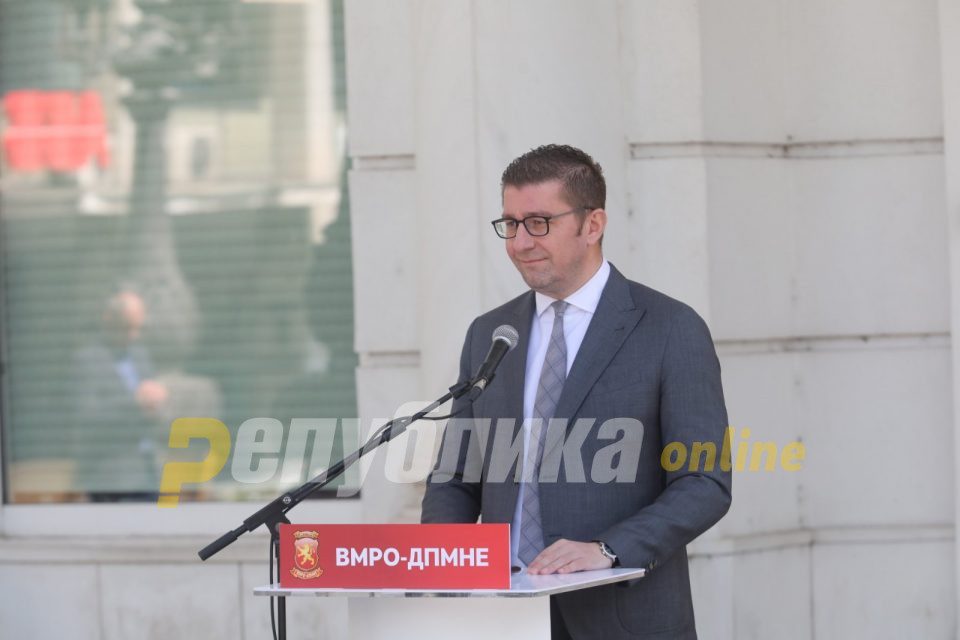 VMRO-DPMNE President Hristijan Mickoski described the latest, fourth economic stimulus package that was presented today as naked populism which is likely to fail just as the prior thre programs. The main focus of the package, presented by Prime Minister Zoran Zaev, is on boosting consumption through vouchers that can be used to purchase domestic goods.

The three earlier programs were badly designed and so is this one. The result is that despite all the spending, we have 40,000 lost jobs and a recorded BDP decline projected at minus 13 percent. The only purpose of the earlier programs was to buy votes ahead of the elections, Mickoski said.

The opposition leader pointed to the fact that even Government officials are now acknowledging that most of the measures meant to help businesses remain afloat have failed. The programs added greatly to the national debt, but did not help turn the economy around.

The only result was that the mafia got richer. We have a historic drop in industrial production and the debt increased by a billion EUR. And we have growing announcements from many economic branches that they are yet to begin lay-offs and closures, Mickoski said.