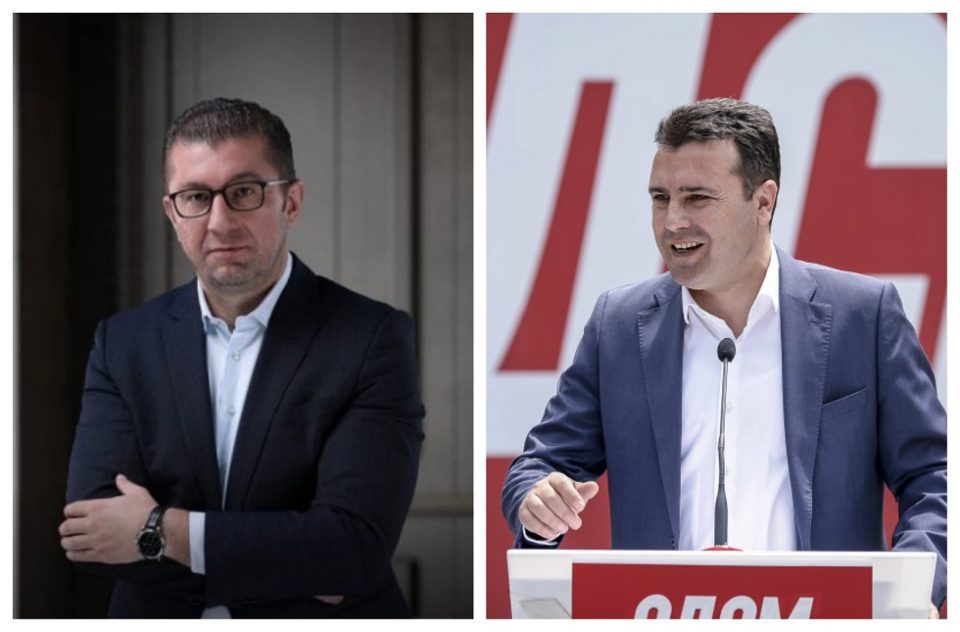 Opposition leader Hristijan Mickoski apologized to the public for having lunch in a restaurant yesterday, which prompted an unprecedented police raid by a politically driven inspector and police officers. It’s unclear whether Mickoski violated the regulations – he himself said that he was not aware of what the current rules are about where you can sit in a restaurant – as media outlets linked to the ruling SDSM party were tipped off to broadcast the inspection and police raid.

When coming to the restaurant I was not told that those seats should not be used. The rules are being changed on a daily basis. I apologized to the public and I’m prepared to pay my fine. I was made to look like a terrorist, Mickoski said.

He was asked about the calls from sDSM party leader Zoran Zaev, as well as from Deputy Foreign Minister Andrej Zernovski to resign because of the “scandal”.

Zaev and Zernovski would be happiest if I resigned. Zaev would be able to continue abusing for political purposes, to conduct his marijuana business, but I will beat him in the elections and I will show him how this country should be run, Mickoski replied.

He pointed to the fact that the number of newly infected patients is in the triple digits. The PR stunt came at a time when dozens of SDSM party officials are in quarantine or infected, many of them while campaigning among voters who were also exposed.

Remember, SDSM declared a victory over the epidemic, they practically threw a party at the press conference they held in that honor. We had the interim Prime Minister the politician/doctor Karadzovski, the Healthcare Minister, all celebrating what they said is a new reality. And now they distract from the crisis we are in with a media spectacle meant for their few remaining followers, Mickoski said.

Before the restaurant raid, SDSM appointed police officials were announcing an investigation into his visit to a gym which they alleged violated the curfew. Mickoski said that the police is clearly following him and focusing on him, and kept old gym footage from before the epidemic which was later leaked to the press.