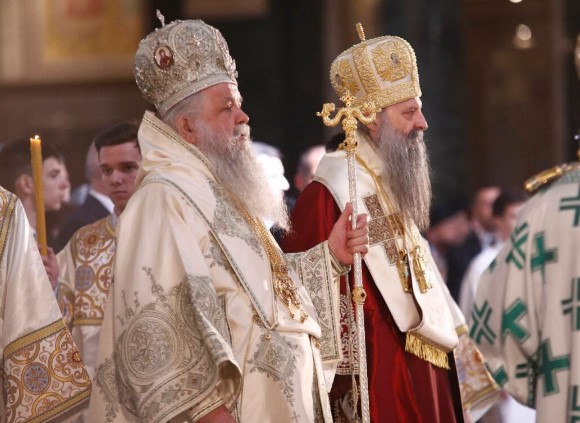 VMRO-DPMNE President Hristijan Mickoski called on the public to be patient to see how negotiations between the Macedonian and Serbian churches develop. The churches have formally reconciled their decades long schism, but have yet to determine their future relationship – Macedonia demands full independence for its church, while Serbia offers only broad autonomy.

The recognition of the status of canonical unity with the other orthodox churches means recognition that we are equal with them. The historic weight of this decision made by the Ecumenical Patriarch is all the larger since it is under the name Archbishopric of Ohrid, that confirms the centuries of historic continuity of the Macedonian Orthodox Church, as one of the oldest in this region and in the world. The Holy Synod and Archbishop Stefan played an important role in this historic context. As a demo-Christian party, VMRO-DPMNE maintains close ties with the church and I call for unity and wisdom in these times. The most important thing now is that the Synod, the bishops, maintain their unity and remain dedicated to the faithful people, Mickoski said.