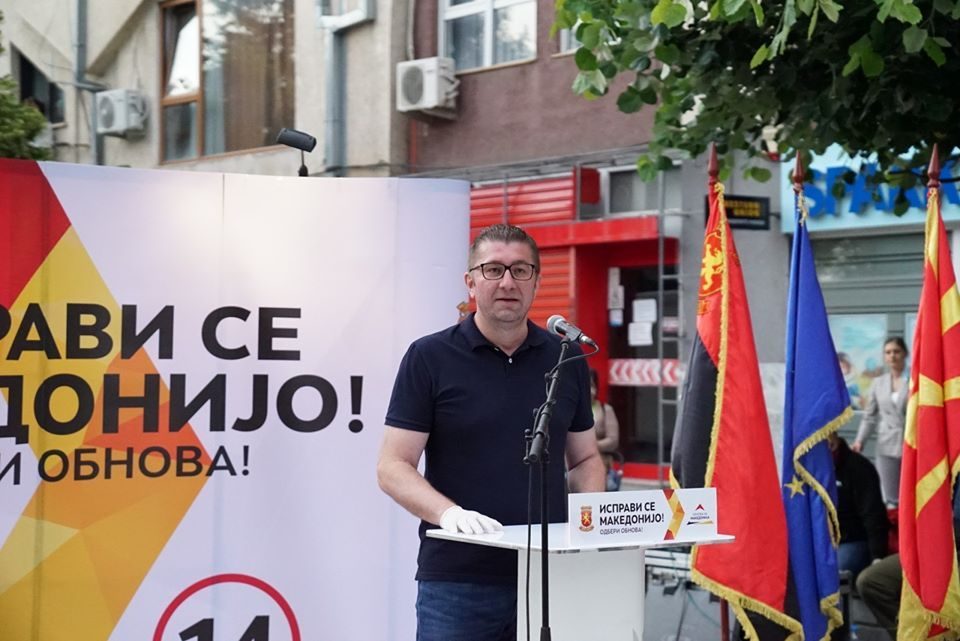 VMRO-DPMNE President Hristijan Mickoski held his main campaign event for the day in Struga, where he promised that the conservative party will work to renew Macedonia from the ruined state it is left in by SDSM and Zoran Zaev. Mickoski reminded the gathered citizens how Zaev promised to justice and to fight corruption, only to fail spectacularly at the task and end his term deeply involved in massive corruption scandals.

They promised to put an electronic counter on the Macedonia Gate, depicting how much money they confiscated from criminals. The only counter that they made counts the money rolling into Zaev’s pockets. But after July 15 we will actually start counting the seized illegal gains. We must deliver justice, otherwise, the people have lost all hope. They see that the laws are not upheld, are ignored, and they feel helpless, Mickoski said.

He promised that the future VMRO led Government will ensure that salaries rise by at least 20 percent in four years and that major investments are made in critically needed infrastructure, including the half-built highway that will link Ohrid and Struga to Kicevo, and beyond to Skopje, which was abandoned by the SDSM led Government.

In the emigration heavy region, Mickoski asked the citizens if Zaev did good on his promise to stop their children from emigrating and that he will bring those who left back. “We keep hearing elderly people tell us that their children are just waiting for the borders to open, so they can leave with the first bus out of here. The least SDSM could’ve done was to restore some hope in our people but instead, they just added to the humiliation”, Mickoski said.