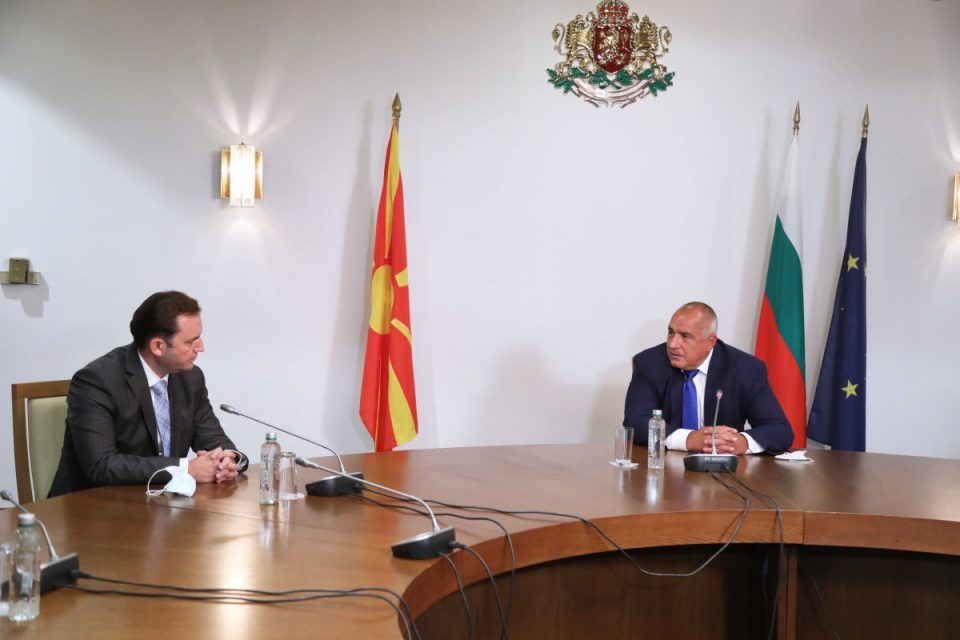 Speaking about the veto threat from Bulgaria aimed at the opening of EU accession talks, VMRO-DPMNE President Hristijan Mickoski said that Macedonia can’t allow politicians from the current Government to give away the Macedonian nation and destroy the modern Macedonian state just to save their political careers. Mickoski informed the public that a new Bulgarian request is to prepare a new treaty that would define the Macedonian nation and language along Bulgarian lines.

Bulgaria demands serious concessions from Macedonia, on issues of history and national identity, before it will allow the opening of EU accession talks.

What Bulgaria wants was promised by Zaev even before the 2016 elections. This promise now endangers our chances for a European perspective and created a problem that can’t be ignored, Mickoski said during an interview with Kanal 5. He added that during multiple meetings with Bulgarian politicians, this issue has been raised – that Zaev made promises he is now trying to get out of.

Prime Minister Zaev recently dispatched his Foreign Minister Bujar Osmani to Sofia. After the visit, Zaev said that the meeting Osmani had with Bulgarian Foreign Minister Ekaterina Zaharieva “did not go well”.

I will reveal an exclusive report. Let’s ask Foreign Minister Bujar Osmani, is it true that his counterpart ask him to practically sign a new treaty, similar to the Prespa treaty, that will include constitutional amendments that will define the existence of the Macedonian nation as something that began in 1945, and that we were something else before 1945. Is this true, that this is the current condition before we continue our accession talks?, Mickoski said.

Bulgarian politicians insist that the Macedonians are actually Bulgarians who adopted a new identity after the Second World War – an identity which many Bulgarian scholars describe as “artificial”. Such statements are contained in the memorandum Bulgaria sent to the European Union in which that country detailed its positions on the Macedonian national identity and language.