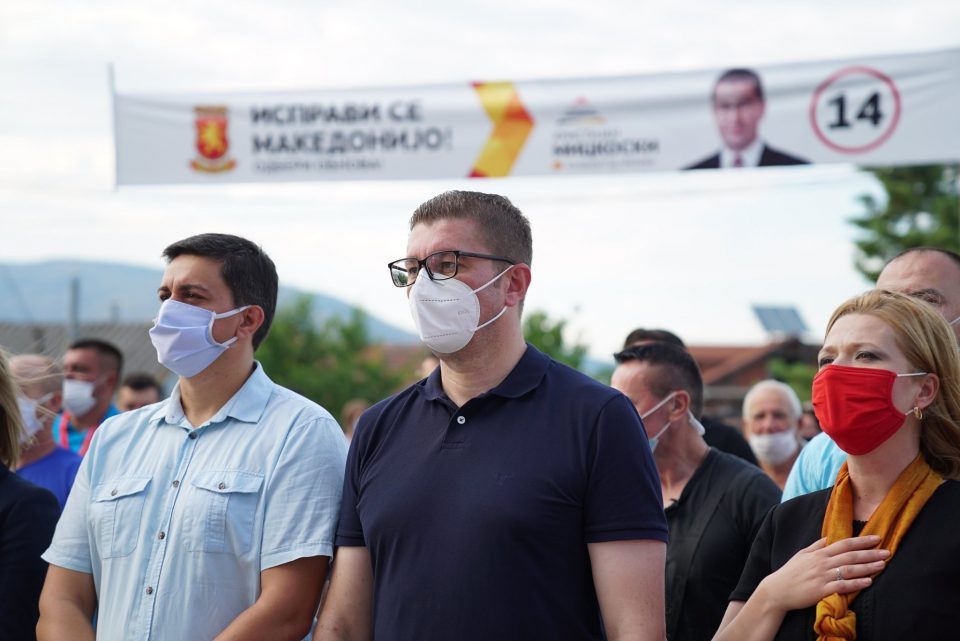 VMRO-DPMNE President Hristijan Mickoski asked the voters in Skopje’s Ilinden and Petrovec suburbs to choose whether they want to turn left and continue the humiliations and lack of justice, of to vote right and restore their pride.

Do you want to vote for criminals who were given pardons, for people from the murky days of the transition period, spent politicians who can’t do anything creative, or young, ambitious and highly motivated people on the right, Mickoski said.

He listed the promises of his Renewal program that will further reduce the flat income tax to 8 percent, and down to 0 for companies who employ young people, a lower rate for the hard hit tourism industry and for bringing in new investments that will reduce the unemployment rate to below 10 percent.

In Petrovec, Mickoski spoke to farmers and promised 640 million EUR in agriculture subsidies, and an increase in the average wage of 25 percent, and the retirement incomes by 20 percent.