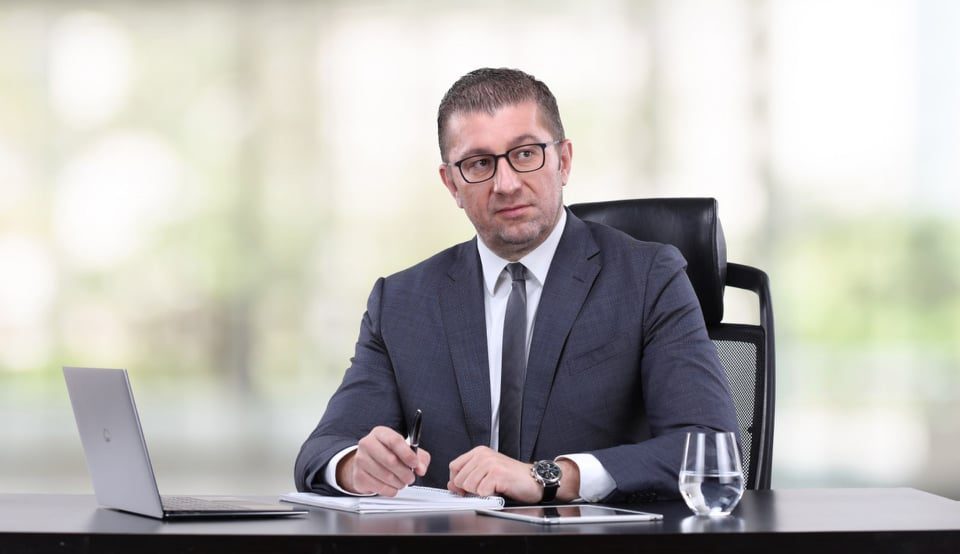 VMRO-DPMNE President Hristijan Mickoski called out the SDSM led Government for badly mishandling the coronavirus epidemic, especially after its move today to impose a lock-down on the large city of Kumanovo.

Kumanovo had a rapidly increasing number of coronavirus patients over the past week, and Mayor Maksim Dimitrievski was pleading with the Government to do something, quick. Although the Government is led by Dimitrievski’s fellow SDSM official from Kumanovo Oliver Spasovski, the two apparently did not see eye to eye, and no order was given for a week, until Friday afternoon, when the citizens were informed that they will have to remain locked in their homes until Monday morning. This prompted a panicked rush to the stores, as citizens were scrambling for supplies in the few hours available between the announcement was made and the 21h curfew, and many also tried to flee the city.

The Mayor was appealing for action, for quarantine, but nothing happened. He is from their own party and was ignored, Mickoski said, asking how is it possible that the city has over six dozen coronavirus cases, including 11 doctors and nurses in the main hospital, if procedures were followed.

The opposition leader pointed to the rambling interview SDSM party leader Zoran Zaev gave on Thursday, where he was using metaphors for handling the epidemic such as “hammer” and “dance” without apparently understanding what they mean. SDSM today issued a press release to clarify what Zaev was talking about after he left the viewers scratching their heads

I will not go deeper into Zaev’s strategy, he’s out there dancing with the coronavirus, I can’t comment on his performance yesterday. I’m simply seriously concerned and I believe he lacks the necessary knowledge in this situation, Mickoski said.

He accused Zaev of ignoring common sense proposals from the opposition that can help alleviate the coming economic crisis, such as tapping the second tier retirement funds and short term Central Bank bonds. “I clearly explained to him where he can find the money he can use. The companies needed assistance in March, and got nothing”, Mickoski said during his Kanal 5 TV interview.

The VMRO-DPMNE President also accused the SDSM led Government of extending its practice of corruption during the epidemic. He said that the party was planning to propose filing charges against Healthcare Minister Venko Filipce, for his prior numerous corruption scandals and for the initial attempts to purchase grossly overpriced respirators, but decided against it, given how serious the epidemic is.

Time will tell, but I’m certain we will be vindicated in our claims, Mickoski said, adding that attempts were made to rig the procurement process for respirators.