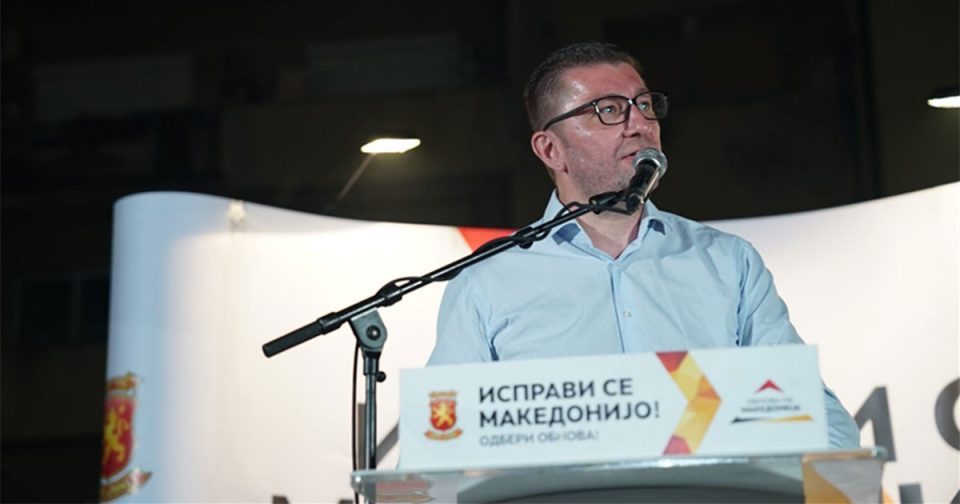 The leader of VMRO-DPMNE, Hristijan Mickoski said Wednesday in Gevgelija said that in these elections the people are deciding for Macedonia.

These are elections where we decide for Macedonia, these are elections between different concepts, these are elections where the choice is between transitional and corrupt politicians, or honest politicians, choice between crime and the laws they offer you, and justice and the rule of law we offer. I see determination in you, a great victory is announced on July 15. The leadership of Zaev and SDSM will be defeated on July 15. I know that the Macedonian people were standing tall in front of a much larger and more powerful enemy than this embodied in Zaev and SDSM, so on July 15 we will defeat them, said Mickoski.

According to him, the situation in Macedonia can be changed and VMRO-DPMNE will do that.

Referring to the “Renewal” program he sais that there was something for everyone and that it is possible only if it starts with vetting of politicians.

Mickoski said that the punishment for the government of Zaev and SDSM is coming and called on the citizens on July 15 to vote for VMRO-DPMNE’s winning list.