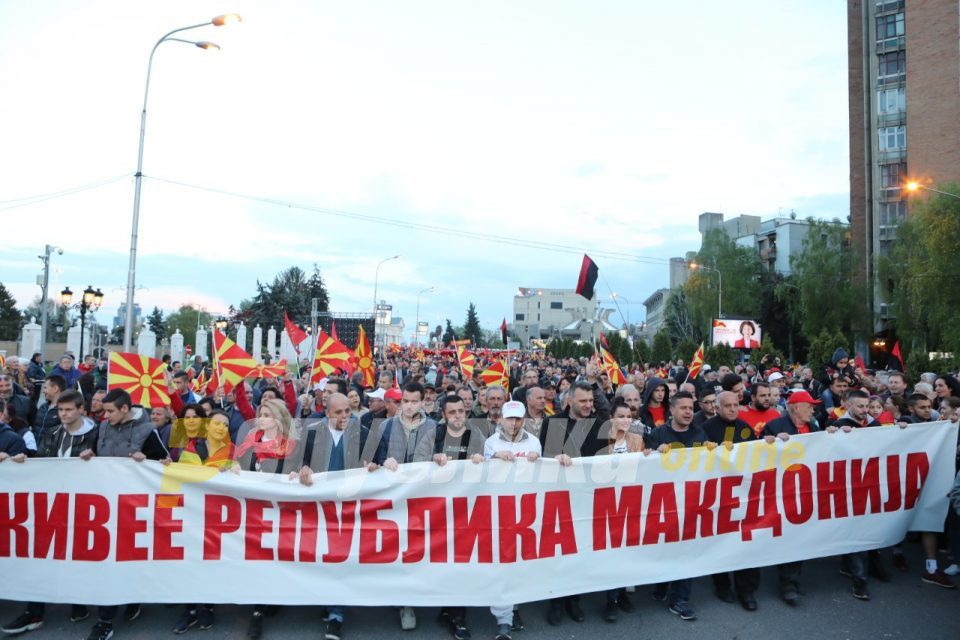 In a video address, opposition leader Hristijan Mickoski called on the boycott activists to reconsider and to support the VMRO-DPMNE endorsed candidate Gordana Siljanovska – Davkova.

I say to those who support a boycott, but still carry the idea of Macedonia in their hearts. We remain brothers and sisters in our cause. I know you have thousand reasons to feel disappointed, angry and reserved. I won’t telly you you are wrong on all counts. But I appeal to you, with sincerity, gloves off, in the name of this Organization which carries a historic name and continues a historic pledge – VMRO. There is one reason why you must vote. That reason is Macedoni. Boycotting these elections helps only Zoran Zaev. That is what he is hoping for and secretly working for. There are times when its best to be silent and bide your time. This is your time. Now is the time to be loud. Come to our family, because you share much more in common with us than with this rootless Government. Don’t let your anger cloud your love for your homeland. Let’s fight this evil together. Don’t vote for me, or for VMRO-DPMNE. Vote for yourselves and your families, Mickoski appeals in his video message.

Calls for boycott grow out of the resentment for the entire renaming process, and especially the way in which the outcome of the September 2018 referendum was ignored by the Zaev Government and the amendments meant to rename Macedonia adopted despite the failed referendum. Proponents of boycotting the presidential elections hope to block the political process and the further implementation of the name “North Macedonia” by keeping turnout at the elections below 40 percent, which is the minimum turnout needed to elect a President.

VMRO and its presidential candidate Gordana Siljanovska – Davkova insist that the name change will be more easily reversed if an opposition win at the presidential elections leads to early general elections and a removal of the Zaev regime.