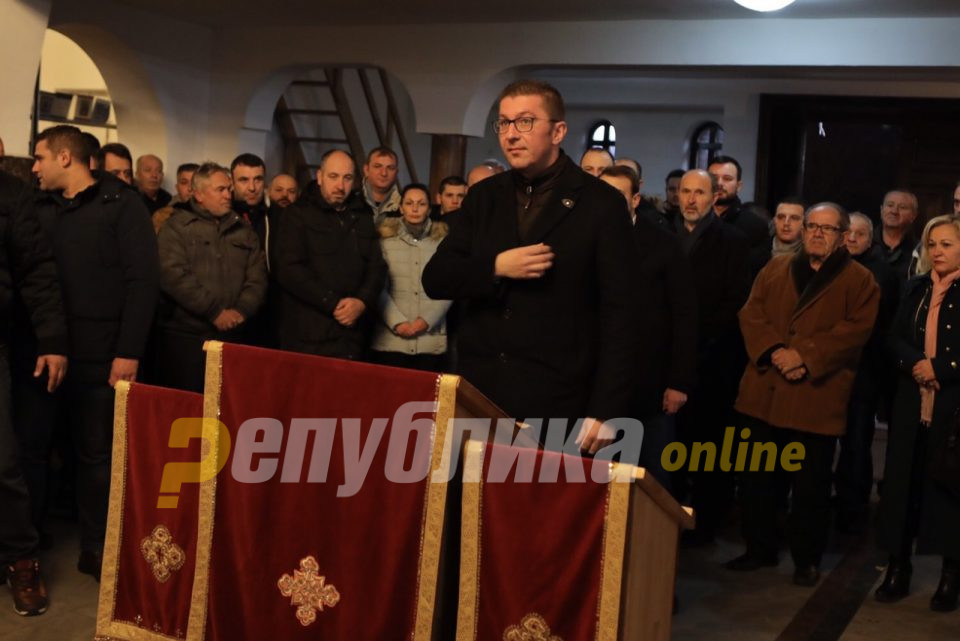 VMRO-DPMNE President Hristijan Mickoski expressed his full support to the Holy Synod of the Macedonian Orthodox Church in their continued negotiations with the Serbian church as they try to achieve full, internationally recognized independence.

I’m aware that we have people who want to sow divisions, skepticism, mistrust. I know that these people are under strong influence of forces who don’t want Macedonian unity, and don’t want to unify around the Synod of our church. This time we have to be united as a people, we have to be smart and we can’t allow foreign factors to divide us. Archbishop Stefan and the bishops of the Synod surely know what is best for the Macedonian people and the Orthodox faithful, Mickoski said.

He warmly welcomed the decision of the Ecumenical Patriarchate to declare the Macedonian church in unity with the other Orthodox churches. Talks now continue with the Serbian church, which initially only repeated its old offer of broad autonomy.