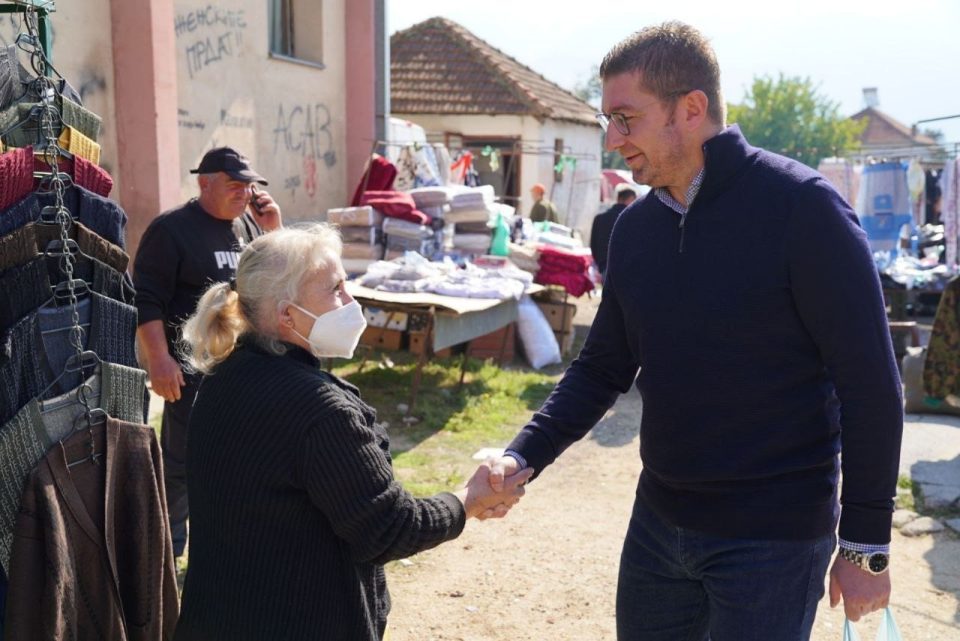 Our people deserve a chance for happiness and we will carry your hope from the first round of the elections on the road to change, said VMRO-DPMNE leader Hristijan Mickoski, after meeting with supporters in Novo Selo, near Strumica.

It’s one of the important rural run-off races of the second round, where VMRO candidate Gjorgje Bozinov beat the SDSM candidate Zvonko Angelov by 70 votes. The village is notorious for the actions of its former Mayor, Zaev ally Boro Stojcev, who was caught smuggling cigarettes to near-by Bulgaria.

VMRO dominated the large urban areas, prompting Zaev to try to pivot the race to the rural areas. He now says that he will resign as Prime Minister if VMRO wins more overall municipalities and the city of Skopje – trying to compensate in sparsely populated areas after losing the large municipalities in the capital Skopje, as well as Stip, Prilep and Veles in a landslide. Citizens of large cities, with more opportunities, were able to reject the bribery and intimidation attempts from the ruling SDSM party, but is small town Macedonia, powerful local officials linked to the Government, like Stojcev, can more easily intimidate the voters.