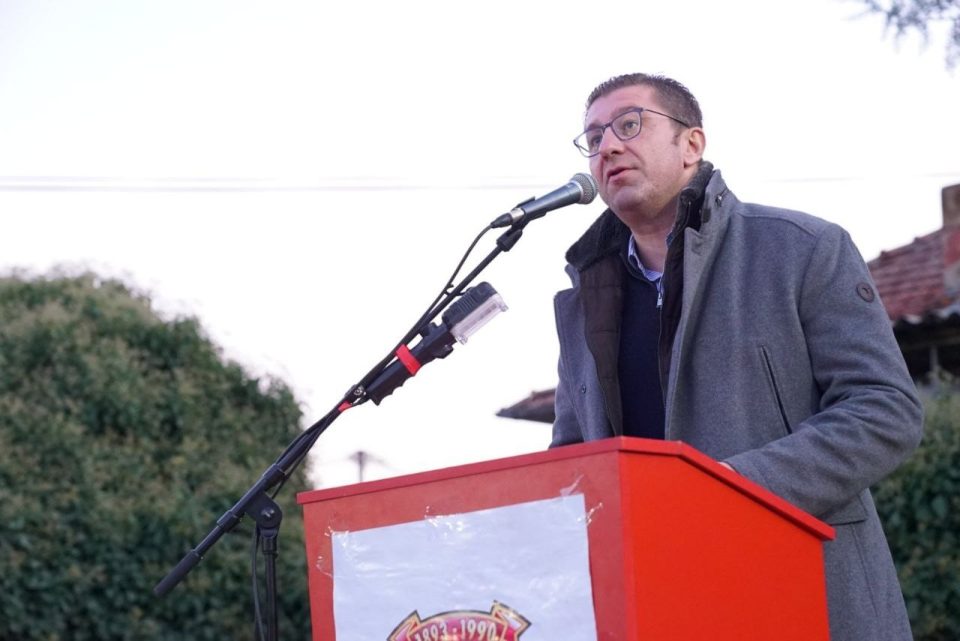 VMRO-DPMNE President Hristijan Mickoski campaigned in Probistip today – one of the smaller cities that holds a run-off mayoral vote on Sunday. VMRO won convincingly in the major urban centers across Macedonia against SDSM, but hopes to complete the success by winning in as many smaller cities and rural areas as possible as well, along with the key race for the capital Skopje.

Probistip is a proud city on our east. Vote for number 7 and join the changes that you want to see, Mickoski said, supporting candidate Marijan Milenkovski.

The city narrowly support the SDSM candidate Dragan Anastasov in the first round, but the initiative has since clearly swung toward VMRO.