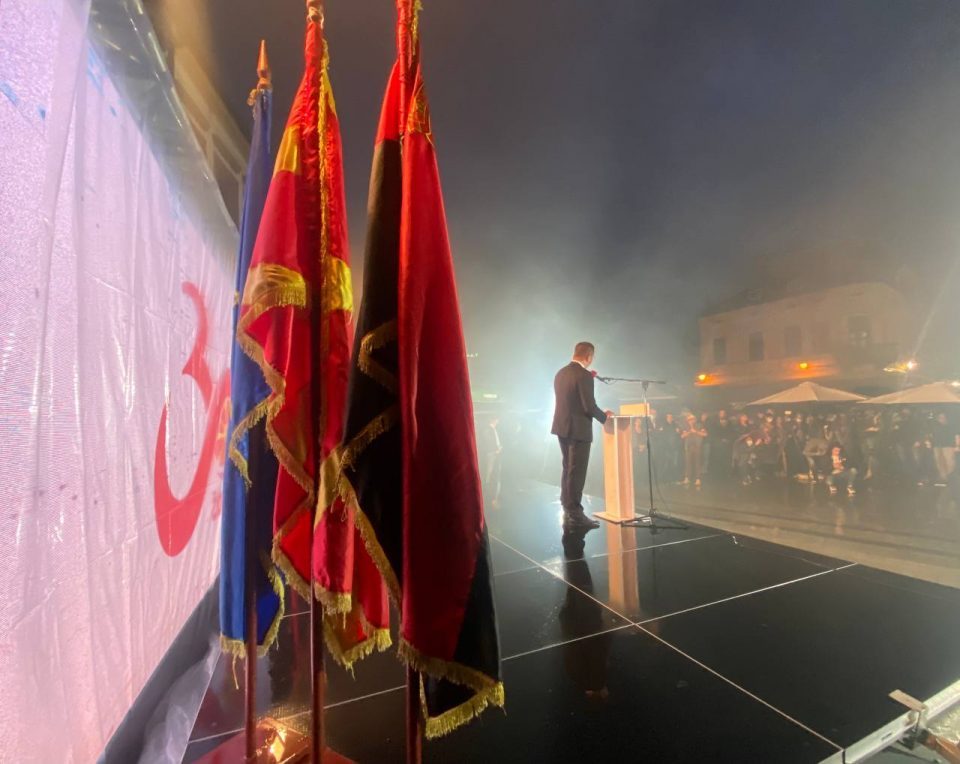 What makes me proud and happy is that more than 20 political parties and groups of voters joined the united opposition bloc and together with the coalition Alliance of Albanians and Alternative we created the largest opposition bloc in historical terms, said the leader of VMRO-DPMNE, Hristijan Mickoski at Sunday’s press conference.

This bloc is bigger than that of the ruling coalition and that is what VMRO-DPMNE wanted and what the citizens wanted. Unfortunately, there are those who this time too decided to create discord in the opposition, but I think that the citizens are wise and will recognize their intention and will not vote for them, Mickoski answered a reporter’s question.

He believes that such an opposition bloc will deal a huge blow to the government bloc, which he says has a certain functional dissipation, because several coalition partners of the government are running independently in the local elections.

What the citizens should hear and see from us is a dignified struggle, without lowly passions. A political campaign in which we should offer our view of the future, the projects we offer in the municipalities where councilors and mayors are voted, said the leader of VMRO-DPMNE.

The leader of the opposition party said that they will run a positive campaign, because they are aware of two things.

The feeling and perception of the citizens that in Macedonia there has never been a worse government than the one that is now and if we say that it is really bad, it will not be something new. Secondly, the citizens are really tired of grim scenarios, they want to see hope, vision and future, and we will offer that, says Mickoski.