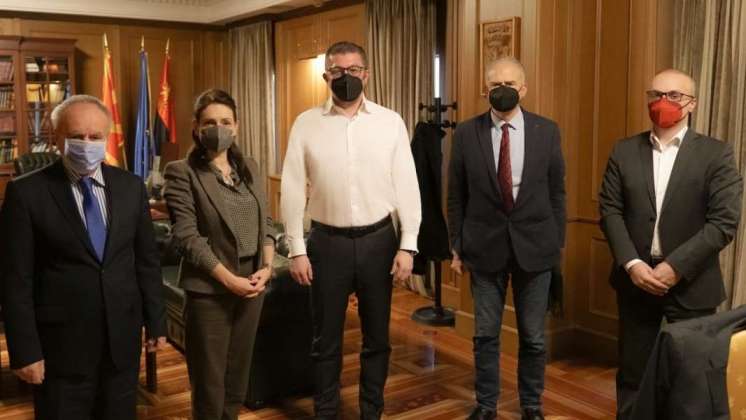 VMRO-DPMNE leader, Hristijan Mickoski and the member of the EC of VMRO-DPMNE, Antonio Milososki met Tuesday with representatives of the Council of Ambassadors.

At the meeting, Mickoski explained the positions of VMRO-DPMNE regarding the external challenges facing Macedonia.

The need to unblock European integration while preserving state and national interests was emphasized, especially with regard to the issue with Bulgaria. At the same time, it was pointed out that a harmonized and common state position is needed regarding the negotiations on this issue, which is expressed in the red lines that are part of the Resolution adopted by the Parliament, which was proposed by VMRO-DPMNE, informed the opposition party.

The need for reforms and changes that will ensure a more secure future was also stressed at the meeting.