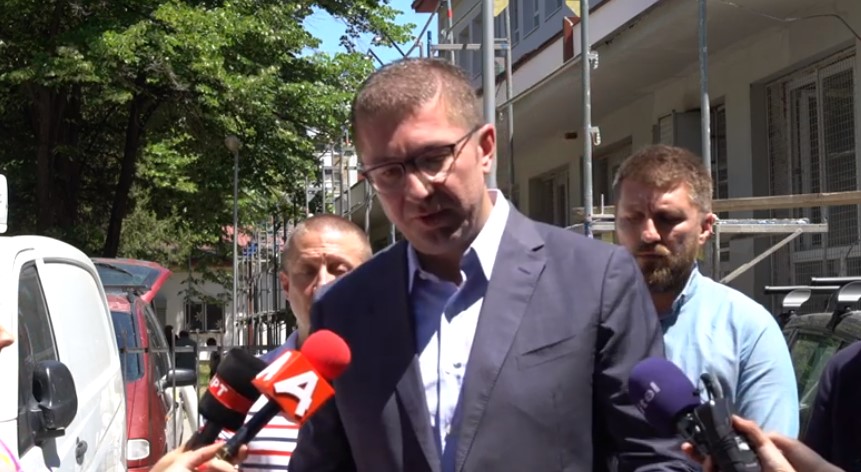 Today we are here again in Sveti Nikole, Mayor Dejan informed about the ongoing projects. We have an interesting forecast that in 2.5 to 3 years the entire program that was part of the pre-election campaign will be implemented and I am really glad that it is so. Thus we will have more than a year to realize projects that were not promised, and surely the citizens of Sveti Nikole will appreciate that, VMRO-DPMNE leader Hristijan Mickoski told the media.

He pointed out that hundreds of kilometers of water supply, sewerage, asphalt, new children’s playgrounds, projects that in general the new administration led by the mayor Dejan Vladev has implemented and that is good..

It is good to continue in that direction, because the citizens need it in order to make a difference from the mayors from VMRO-DPMNE who continuously build and those who are still in the government today and who continuously steal. That difference is very significant to make because we have elections in the coming period, early parliamentary elections, and then an essential difference should be made so that we can build Macedonia together with VMRO-DPMNE and the citizens. And let those who stole Macedonia be held accountable for what they did, Mickoski said.