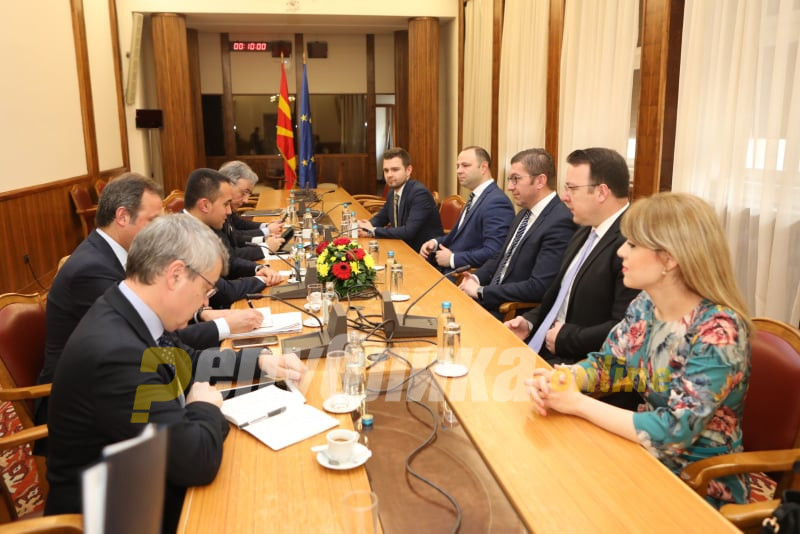 The meeting focused on the current political situation in the country, the upcoming parliamentary elections and Macedonia’s EU integration bid.

I emphasized that the European Union is Macedonia’s top strategic priority, but expressed concern over the poor economic situation, insufficient fulfillment of reforms and the unconstitutional adoption of the Law on Public Prosecutor’s Office, said Mickoski after the meeting. 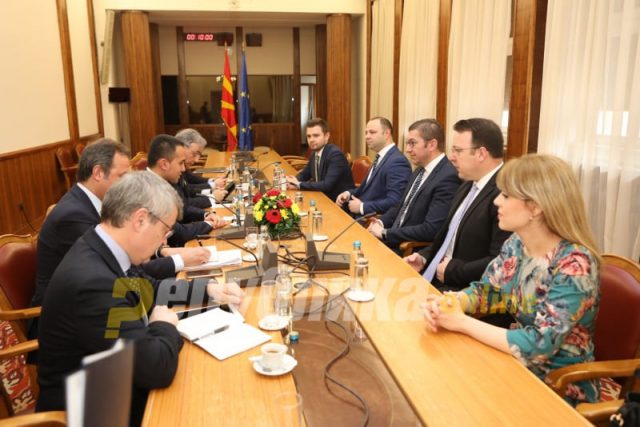 I stressed that there is a need for a law on public prosecution to be written by experts that will guarantee true rule of law and bring Macedonia closer to the European Union. While the law proposed by the SDSM government is an extremely unjust law that only amnesties crimes committed in recent years, said the VMRO-DPMNE leader.

Mickoski also added that high-level corruption and criminal affairs linked to senior officials, for which there is no legal solution, are a serious problem in the rule of law and disrupt Macedonia’s EU path.

I pointed out that the government formed by VMRO-DPMNE will immediately commit itself to the fulfillment of key reforms and introduce economic measures aimed at bringing Macedonia closer to European standards and values. At the meeting we concluded the excellent cooperation between the two countries and pointed out that in the future there is room for greater cooperation both economically and scientifically, said Mickoski.