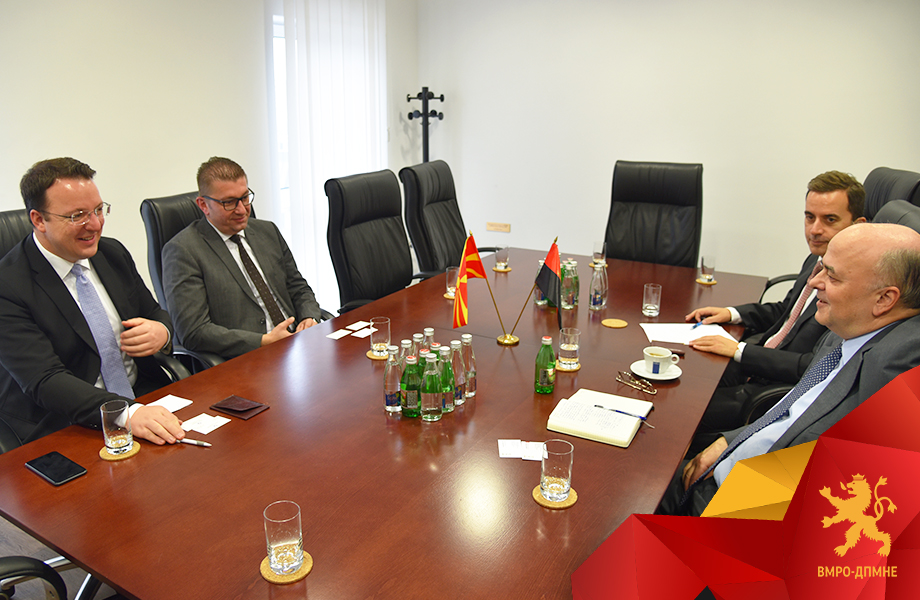 VMRO-DPMNE President Hristijan Mickoski met with the Ambassadors from China and Greece today. 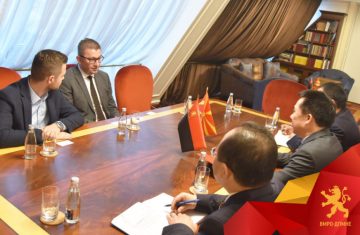 I underlined that for the Republic of Macedonia, a key strategic goal remains to achieve NATO and EU membership, and therefore, as soon as we assume office, VMRO-DPMNE will dedicate itself to achieving major reforms and building a strong economy. I pointed to the failure of the current SDSM led Government to ensure that the most important reforms are implemented and I pointed to the high levels of crime and corruption involving Government officials, such as the Racket scandals, which are not being properly investigated and let alone driven to judicial conclusion. The Republic of Macedonia urgently needs to restore the rule of law and to tackle crime and corruption, which are at their apex under SDSM, Mickoski said.

Mickoski: Macedonia is at a crossroad