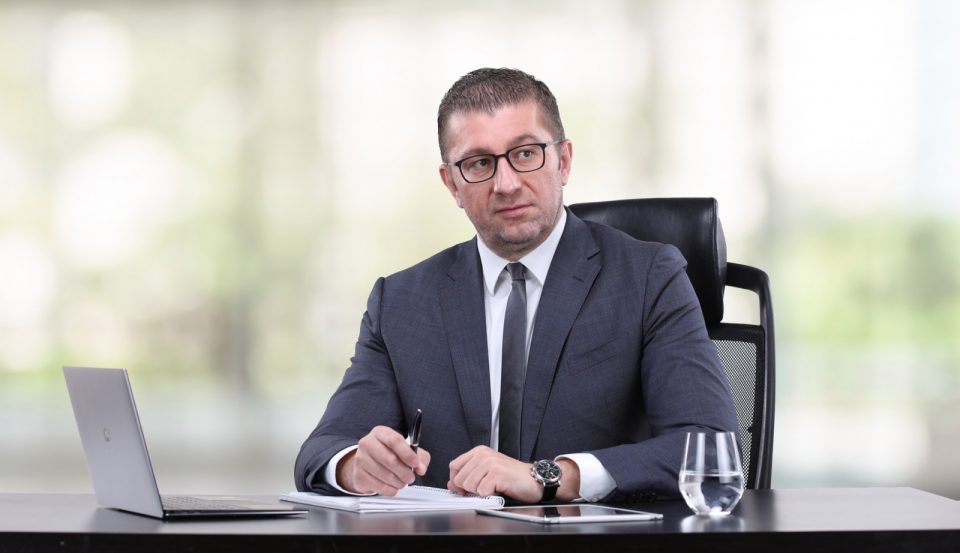 Health, above all, was the sentence I said at the time when the question of important political developments and the elections that were to take place in April were raised. I still maintain this position, but the problem is that the government has treated this as a pure phrase, and in the background there has been a real cannonade of developments that speak of playing an exaggerated normality, based on unhealthy grounds that these days we see ending in classical capitulation, VMRO-DPMNE leader Hristijan Mickoski said at Saturday’s press conference, adding that we saw the fake success presented by the authorities coming back like a boomerang facing the ugly reality and leaving people fight the pandemic on their own.

All this is done in an attempt to save several people from responsibility. And so the whole country, we have all become hostages of the madness in Zoran Zaev’s calculations for elections and narrow defeat, Spasovski’s personal ambitions and the excessive desire for PR of a couple of other ministers, Mickoski said.

He said people are rightly wondering why they have been sitting at home for more than 2 months when the government is pushing for elections, which would put people’s lives at new risk.

Moreover, Mickoski says that all the criticisms, which were supported by facts ended with the labeling that VMRO-DPMNE was running away from elections.

I must say that I am very disappointed with the Commission on Infectious Diseases and their assessments. And yes it is true, I and the whole public at the beginning unreservedly supported their work, because we believed that they were led by the Hippocratic Oath, but it turned out that they were led by Zaev’s dictation, Mickoski said, calling for the dismissal of the commission be dismissed and the formation a body of non-partisan professionals who will not be guided by the political but exclusively the health interests of the citizens.