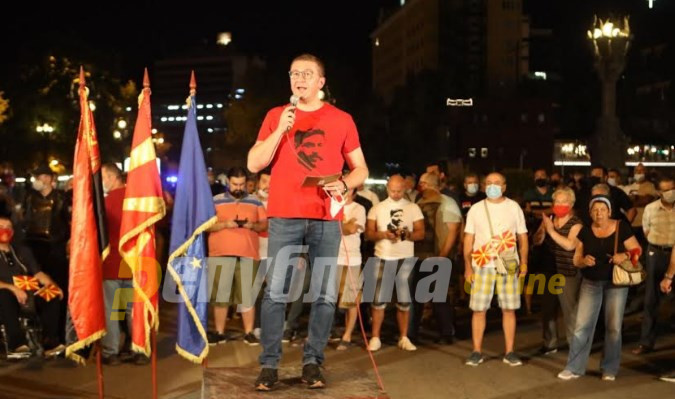 Goce is mentioned in the national anthem, Goce Delcev is Macedonia. Patriotism is neither outdated nor anti-European policy. Macedonianism is no less important than Europeanism. We are here for membership in the EU today and for Goce Delcev, said the leader of VMRO-DPMNE, Hristijan Mickoski at Tuesday’s protest. 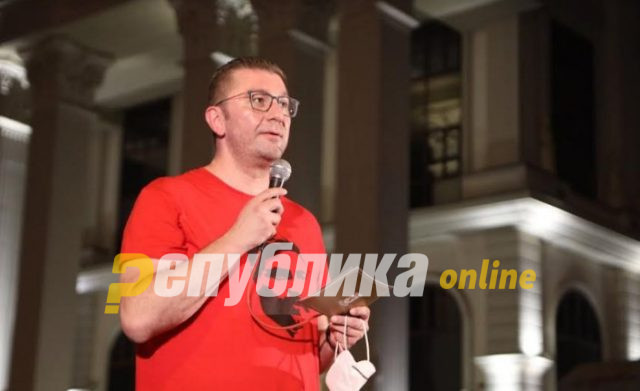 We must not allow ourselves to become a territory. SDSM led by Zaev is not for membership in the EU, he is for the opposite of European value.They have increased the price of electricity and impoverished the people. They conclude agreements with anti-EU businessmen worth 200 million euros. They are against the EU so they can steal and avoid responsibility They are a mafia. Our future is in the EU and it will come but without these people in power. Zaev is not the future but the threat to this people. They want to sell Goce to grant themselves another license to produce marijuana. Apart from the mafia, Macedonia has people who love their country. These people love Delcev because it is the symbol of Macedonia. It is our fortress that we will not abandon. Delcev unites and SDSM divides. The mafia is not stronger than the truth. Let us make this our country a proud and dignified place to live in. Come to your senses, Goce Delcev is our Meckin Kamen and we will not fall back, Mickoski said. 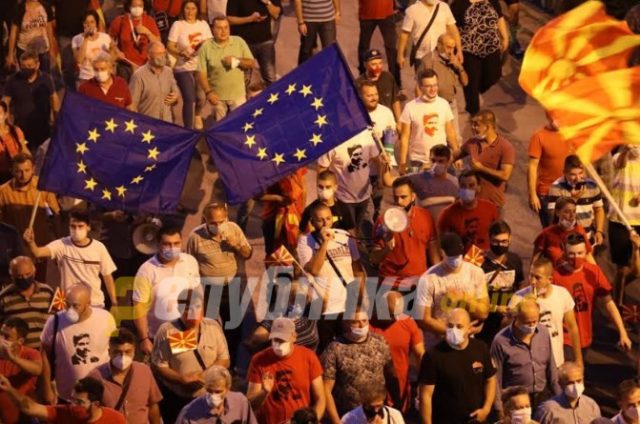