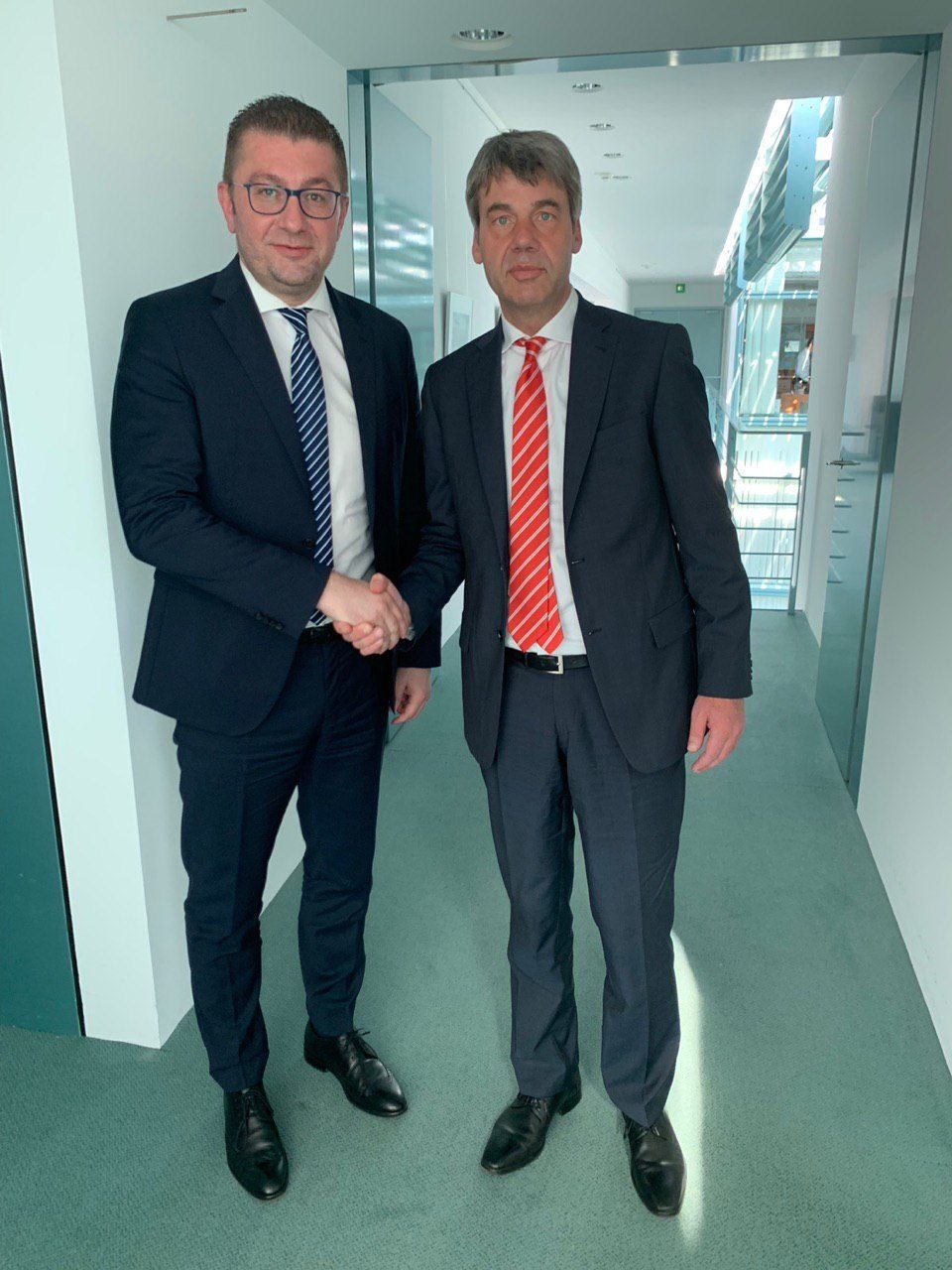 The press service of VMRO-DPMNE informed Monday that VMRO-DPMNE president Hristijan Mickoski, who is visiting Berlin and the high dialogue organized by the Konrad Adenauer Stiftung Foundation and the right-wing German sister party CDU, met with Germany’s Chancellor Merkel’s Foreign Policy Advisors Jan Hecker, and discussed the current political and economic situation in Macedonia and the European integration of the country.

During the one-hour meeting, Mickoski informed Hecker that the current Zaev government with a low level of implementation of projects, lack of reforms in key areas, crime and corruption did not lead to a shift that would provide a reliable date for negotiations.

Mickoski stressed that due to the inability to manage relations and key processes by Zaev’s irresponsible government, the citizens should not be punished, and in order to encourage European optimism, the Republic of Macedonia should be given a date for negotiations.