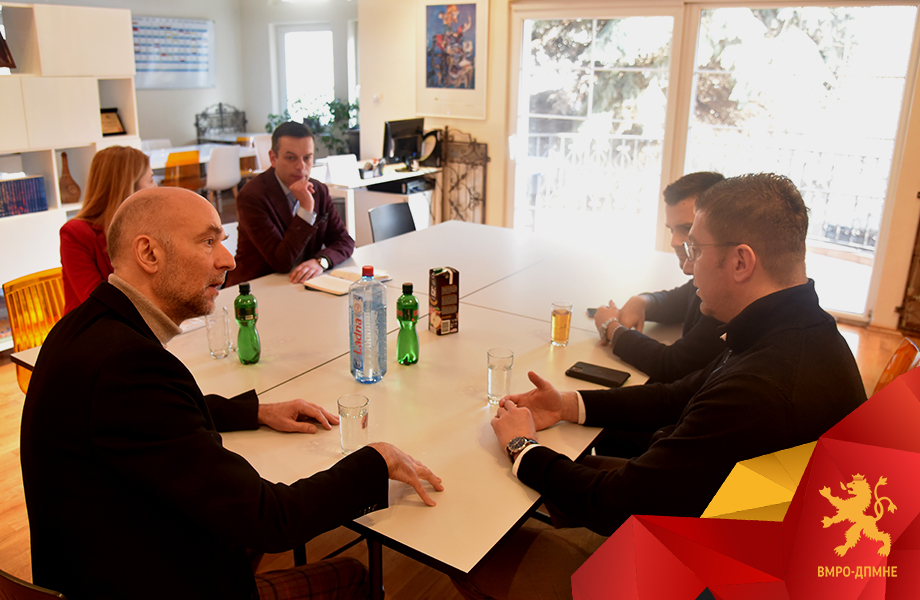 The involvement of top SDSM and Government officials in major corruption scandals endangers Macedonia’s EU perspective, VMRO-DPMNE President Hristijan Mickoski said after his meeting with the head of the Konrad Adenauer Stiftung in Macedonia Johannes Rey.

The results of the Transparency International report are dismal. It places Macedonia as the most corrupt country in the Balkans. Similarly, the Economist classified Macedonia as a “hybrid regime”. A key strategic priority for VMRO-DPMNE is to achieve EU membership but the involvement of top Government and party officials from SDSM in high level corruption endangers our European perspective, Mickoski said during the meeting, according to the press release.

Mickoski offers an immediate vote to amend the electoral model