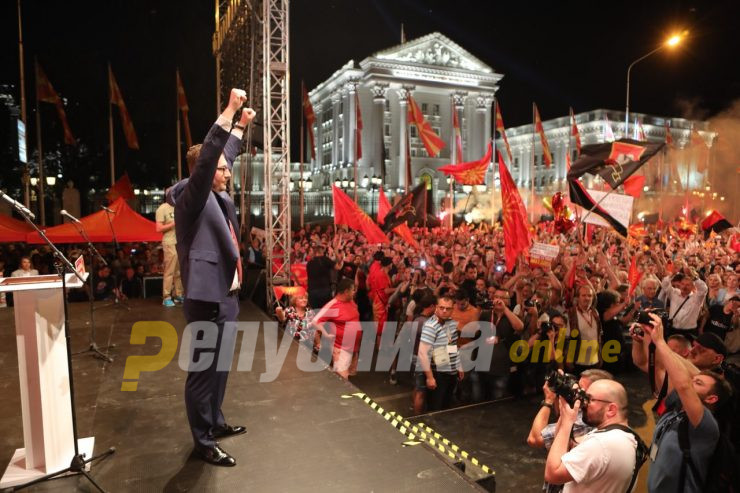 VMRO-DPMNE leader Hristijan Mickoski believes that the new election program, which the party is preparing during an on-going “listening tour” with the voters, will be enough of a lure to defeat the feeling of apathy and exhaustion after the years of political crisis and repression. According to Mickoski, the difference in votes between VMRO and the ruling SDSM party is about 100.000 votes, but it is important to rouse the voters who are feeling beaten down after the events of the past years.

It’s a fact that the Macedonian citizens are tired of elections, tired of politics, tired of promises. Nothing was delivered. There is abstinence or an intent to withhold from voting, but I believe that our new program will be enough to get the voters to give us a stable, convincing victory, a stable new government which will implement policies based on real values, Mickoski said in his interview with Makfax.