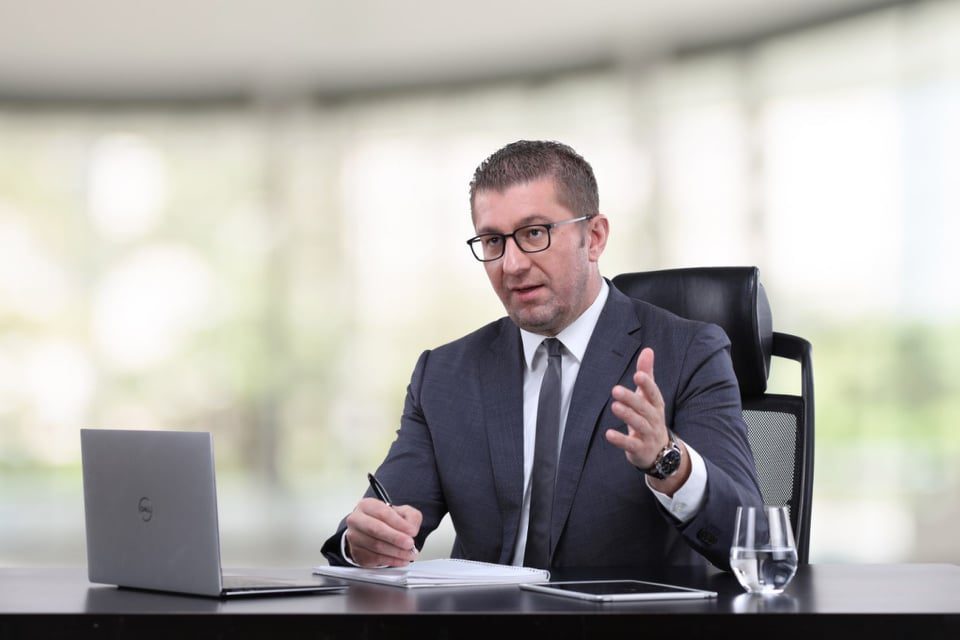 Opposition VMRO-DPMNE leader Hristijan Mickoski says he sees no reason for MPs from the party he leads to further participate in Parliament due to deviation from the political agreement to dissolve Parliament.

I really don’t see the need for VMRO-DPMNE’s participation in the Parliament anymore. During this day we will have an Executive Committee, we will discuss this issue and the public will be informed in a timely manner about the next steps of VMRO-DPMNE, said Mickoski answering a reporter’s question regarding their next steps considering that their request to dissolve the Parliament was not accepted today.

Mickoski said one should not deviate from the political agreement reached on the terms of the dissolution of Parliament and elections.