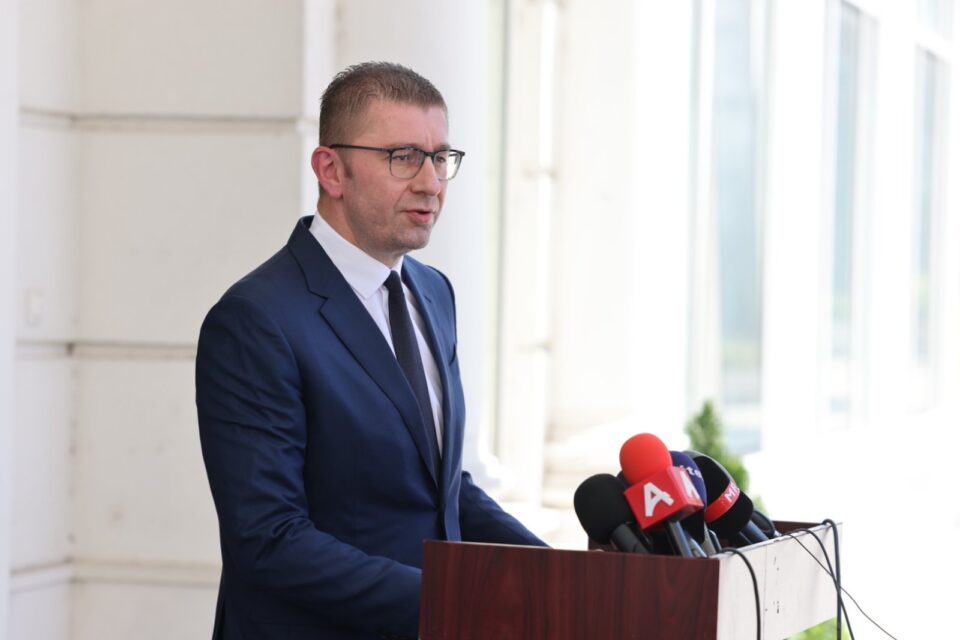 Hristijan Mickoski announced his withdrawal from politics if VMRO-DPMNE MPs support the constitutional amendments for the inclusion of Bulgarians. He ordered an end to, as he says, statements from the government that some of the deputies of VMRO-DPMNE were ready to vote “for” the changes to the Constitution, resulting from the French proposal.

Here I want to close that topic. At the cost of my professional and political career, there are no such people. I will leave, I will leave politics and I will never deal with politics again, if the Constitution is changed while I am president, under these conditions, said Mickoski.

The president of VMRO-DPMNE also informs that the talks with the coalition partners regarding the initiative for a referendum related to the French proposal will continue tomorrow. The dilemma is whether the referendum will be proposed by 44 MPs or whether 150,000 signatures will be collected for its announcement.