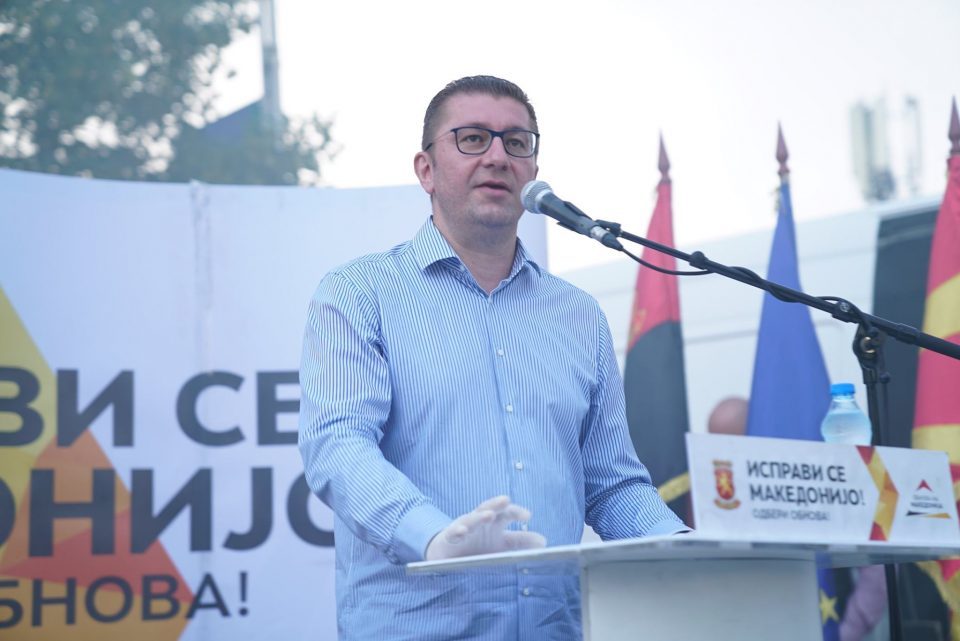 In Friday’s address to the citizens of Butel, VMRO-DPMNE leader Hristijan Mickoski thanked for everything that the citizens have done for Macedonia and VMRO-DPMNE in the past years.

Mickoski also called on all citizens to come out massively on July 15 and vote for the party, or more precisely for the future of Macedonia as they want it to be, because there may be no chance for correction. He stressed that these are not ordinary elections, or elections between political parties, but elections of vision, a strategy that should unite Macedonians, Turks, Albanians, Vlachs, Bosniaks or literally unite everyone against those who plunder the country and made the Republic of Macedonia a state of criminals, a state full of corruption.

Mickoski told the citizens that the only thing Zaev brought was unrest in the souls of all citizens living in Macedonia. According to him, it is the cruel truth and the videos of VMRO-DPMMNE want to show that, ie to show the government of SDSM and Zaev and its failure.

I want to show and prove during the 4-year term that things could have been done differently, that they could have been done honestly, and that Macedonia could be the best country in the Balkans. That is our goal, our vision and that is what it is worth fighting for. The “Renewal” project, which is created on 360 pages and includes VMRO-DPMNE projects for the coming years, including 25% higher average salary, minimum 20% higher pensions, at least 640 million euros in subsidies, protection of the national dignity, you will also find that Goce Delcev is non-negotiable, he is Macedonian and many other things, Mickoski said in Butel.