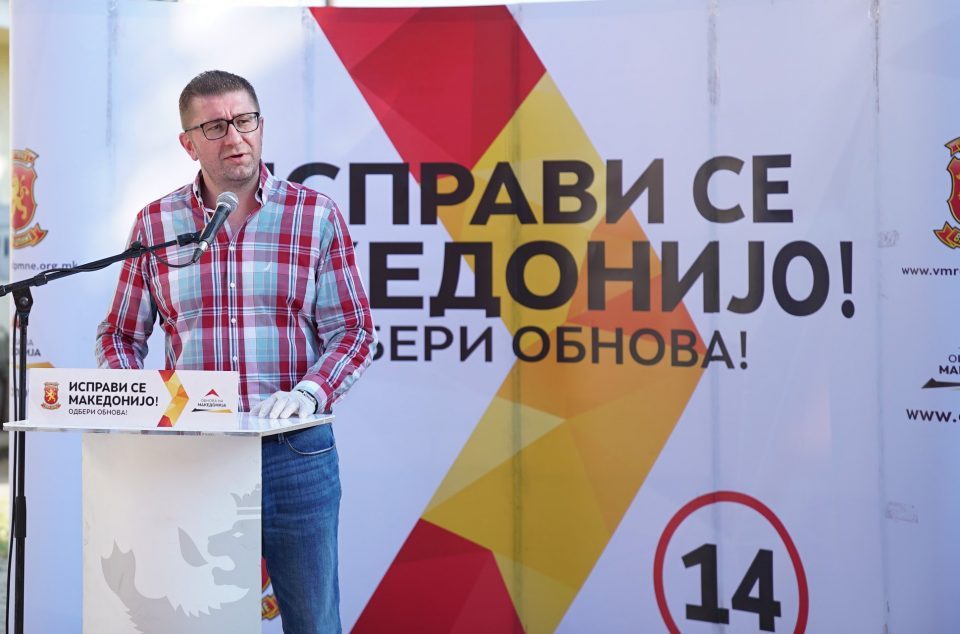 VMRO-DPMNE leader, Hristijan Mickoski, said Monday in Gjorce Petrov that after July 15, the renewal of the Republic of Macedonia will put an end to the criminals and many projects will be implemented that will benefit the citizens.

Mickoski added that the Macedonian people will fight for a better Macedonia, which everyone dreams of.

That’s why after July 15, I promise you that in the first 6 months, anyone who has violated the law and the Constitution will be punished, I promise you. There must be justice and law in this country. From Kumanovo to Gevgelija, from Debar to Delcevo, there will be no more privileged politicians. There will be no more privileged families. Everyone who has violated the law will be held accountable, Mickoski promised the citizens.

Mickoski pointed out that after July 15, the renewal of the Republic of Macedonia will begin and people’s smiles and optimism will return.