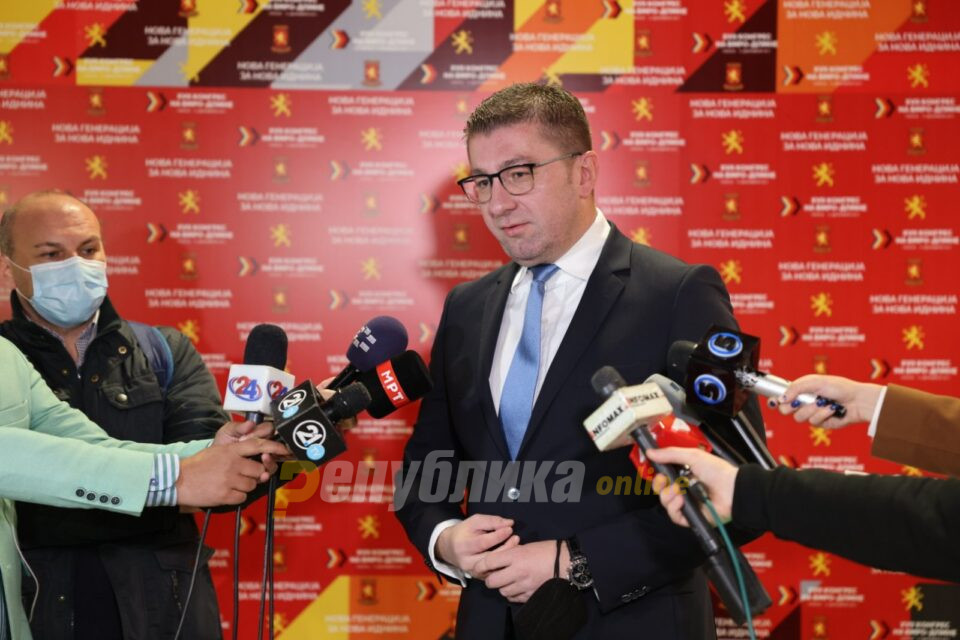 VMRO-DPMNE President Hristijan Mickoski will accept the offer of a meeting from SDSM party leader Dimitar Kovacevski, who hopes to be named Prime Minister next week, provided that the talks are focused on holding early elections and on the growing dispute with Bulgaria.

We were informed by the press about his offer – there is still no official invitation. If such an invitation comes, it will be accepted, provided that we discuss the following issues: holding early general elections as the only sustainable solution that is responsible toward the citizens; discussing the the content of the response given to Bulgaria and the Macedonian positions on this issue and other issues, including fighting crime nad corruption, VMRO-DPMNE informed the press.

Kovacevski took over the SDSM party from Zoran Zaev after their major defeat in the local elections. The ruling party is trying to cling on to power, using its coalition with DUI and a number of smaller coalition partners, despite its complete loss of legitimacy shown at the elections, and the fact that Kovacevski never sought or received a mandate from the voters.