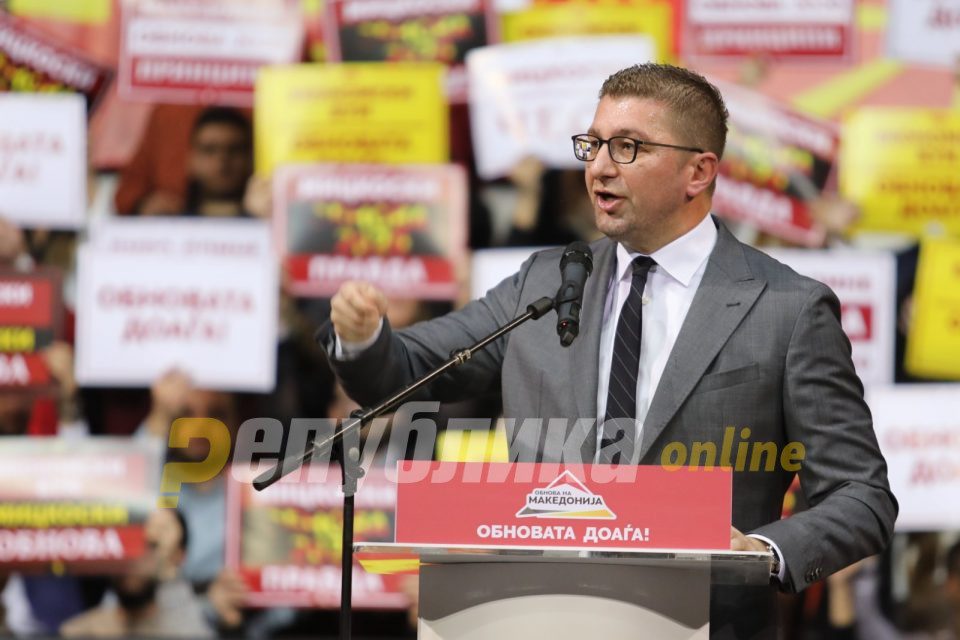 In an interview meant for Macedonians in Australia, VMRO-DPMNE President Hristijan Mickoski said that the opposition party will not accept holding elections without respecting the 100 days rule, which means a technical Government led by someone other than Zoran Zaev, needs to be set up 100 days before the elections.

If we are to have principles in how we run politics, we can’t respect those principles only when convenient. If we have declared a principled position to support the 100 days rule, it will have to be respected at all times, Mickoski said.

Given the widespread abuse of the public administration by the ruling SDSM party, VMRO-DPMNE is also demanding that other elements of the rule are respected. The opposition party will appoint its candidate to run the Interior Ministry, and several other key departments such as Labour and Welfare will be put under opposition control, or get opposition officials with veto rights.

The rule was introduced on Zaev’s request, when he refused to attend elections unless the former VMRO-DPMNE leader Nikola Gruevski first resigns. Now Zaev has accepted that the same rule applies to him, but is also keeping an option to avoid holding the elections, scheduled on April 12th 2020. The reason Zaev cites is the delay in ratification of the Macedonian NATO accession protocol by Spain.