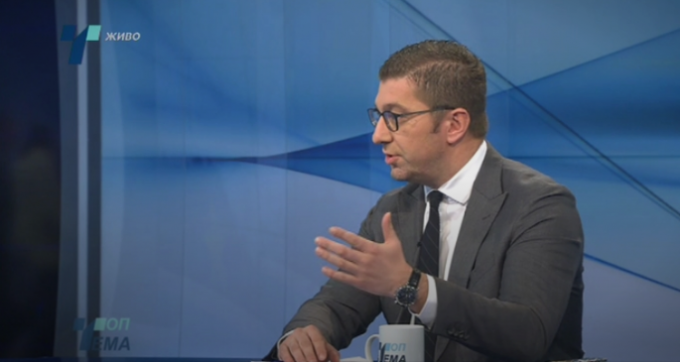 VMRO-DPMNE President Hristijan Mickoski pointed to numerous criminal cases that are being swept under the rug as evidence that the Zaev regime is using the judiciary for its political ends. During a debate on Telma TV yesterday, Mickoski was charged that VMRO-DPMNE is allegedly trying to avoid “justice” – which a common charge used by SDSM supporters ever since the days of the 2015 Colored Revolution.

You know there are cases that keep getting pushed back and ordered to begin from the first steps, don’t you? You know that judges are told to recuse from cases in order to go to retrial? That we have cases where the judge hasn’t scheduled a hearing in 90 days?, Justice needs to apply to all, not just to some of us, Mickoski said during a debate with professor Xhevdet Hajredini.

VMRO officials face unprecedented numbers of criminal cases, started by prosecutors loyal to the Zaev regime. Meanwhile shocking cases of corruption and even religiously motivated murder keep getting delayed or sent for retrial.

Zaev lied about the Good Friday massacre to get votes and keep tensions high, journalist says