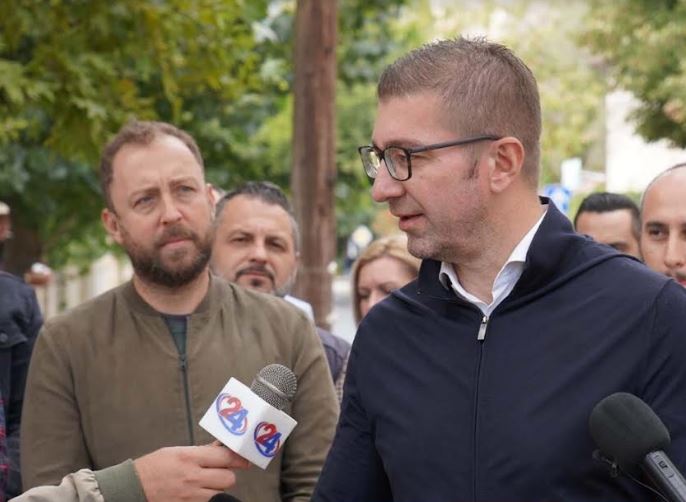 When a person has ambitious and wants to take up the position of prime minister, they should have given something to the state. So, at the very least, I think he should be honest and say that he has deserted and to step down from the top position of the Government because two contradictory claims by Kovacevski appeared in the public.

At first, he used his education as an excuse, because he finished college and enrolled in postgraduate studies, then after he finished those postgraduate studies, military service was no longer mandatory and because of that he didn’t serve, for a few months after that, eight months after he made a statement that he had medical problems and could not serve because of those surgical interventions. Now he can twist the truth in SDSM or among his colleagues in the Government, but the fact is that he deserted. I am three years younger than him and I got a master’s degree and then I volunteered in 2003 and 2004 and served my military term in the guard battalion.

This is how the president of VMRO-DPMNE, Hristijan Mickoski, responded to a journalist’s question about a comment regarding Prime Minister Dimitar Kovachevski and his desertion from the Army.

Mickoski: The referendum is the way out of the harmful agreement with Bulgaria that leads to assimilation, the government runs away from the people’s declaration