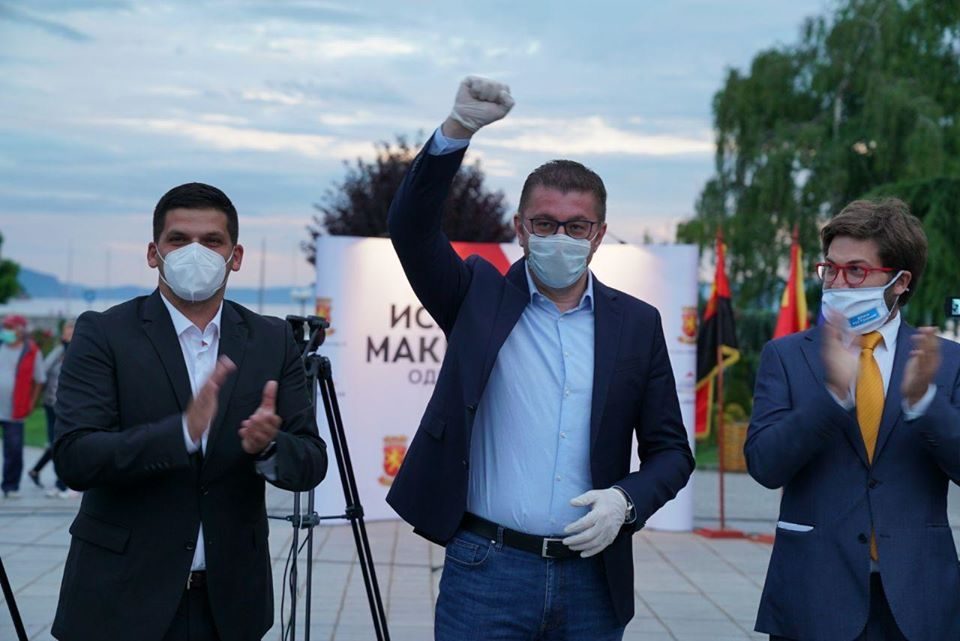 Macedonia is a humiliated country, where the Macedonians feel like second class citizens. A country with no values, where injustice and lies rule, said VMRO-DPMNE President Hristijan Mickoski at his first event of the election campaign, held in Ohrid.

Of all the promises they made, the one thing SDSM did was that they bent the spine of the Macedonians, just as Zaev said he will, Mickoski added.

Mickoski urged the supporters gathered at the main Ohrid square to help change this dark reality Macedonia is in under Zaev and his SDSM party, and to allow VMRO to make it a modern, European state. Mickoski presented segments from the VMRO program, which pledges to reduce the unemployment rate to below 10 percent in four years and to ensure a major investment and public infrastructure push.

Mickoski said that it is within reach that VMRO wins 60 seats, which will allow the party to form a Government free from blackmail. “I know the wisdom of the people and I know they will choose wisely”.

Igor Durlovski, who leads the VMRO list in Ohrid and the rest of the south-west of Macedonia, said that the election is a referendum on Zaev, Sekerinska, Nikola Dimitrov and the rest of SDSM.

Macedonia endured its biggest treason. For three years we saw them sell off our country, our history, accept all sorts of blackmails. This was followed by racketeering and corruption, a failing healthcare system and a devastated economy, Durlovski said. 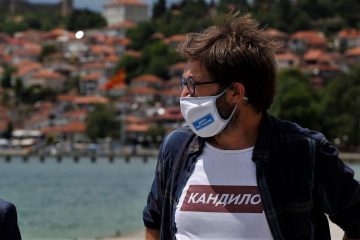 He promised to protect Ohrid’s place as part of the UNESCO recognized world cultural heritage, and to complete the highway linking the city to Kicevo, and beyond, to Skopje, a major project that was blocked by SDSM.