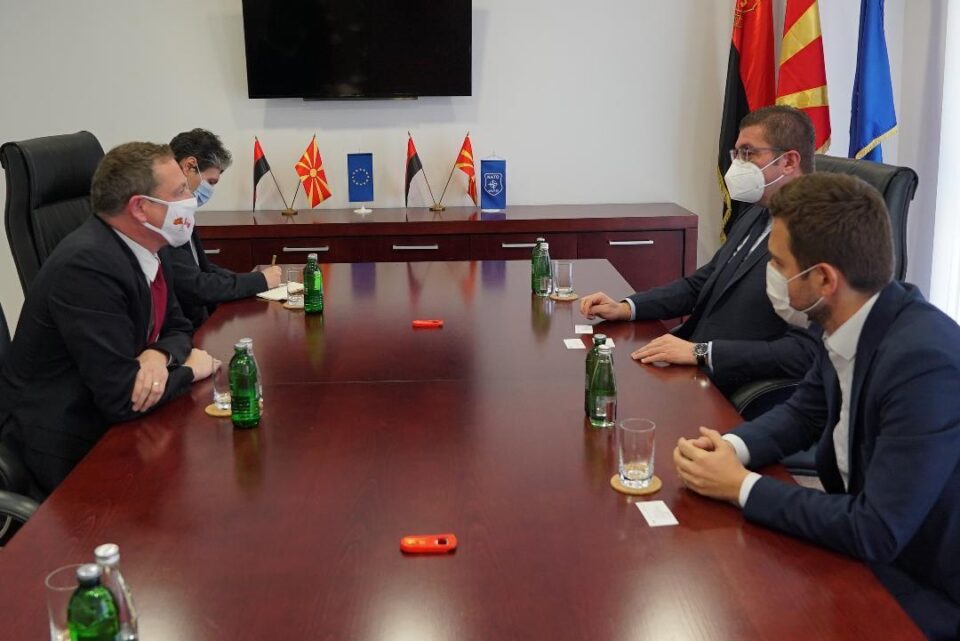 VMRO-DPMNE leader Hristijan Mickoski, together with the International Secretary of VMRO-DPMNE Timco Mucunski, met Friday with Giles Norman, Ambassador of Canada to the Republic of Macedonia.

The good bilateral relations between the Republic of Macedonia and Canada were emphasized at the meeting, with Mickoski emphasizing that the relations should be deepened and nurtured in the future.

Mickoski thanked Ambassador Norman for the support that Canada gives to our country, highlighting the importance that the Macedonian expatriate community receives, which in turn is a bridge for the advancement of both countries.

The meeting focused on the current political developments, the economic situation, the energy crisis, the high level of crime and corruption, as well as European integration and Macedonia’s NATO membership.

Mickoski pointed out that the country has been regressing in every field for the past five years because, as he said, with the government of SDSM and Zaev, corruption and crime are more present, and due to the bad economic situation and incompetence of the authorities, the state and citizens are getting poorer.

Mickoski says that the support of Canada as a strategic partner in the NATO Alliance and a country that can share great experiences, but also to support the goals of the country domestically and internationally is of particular importance.