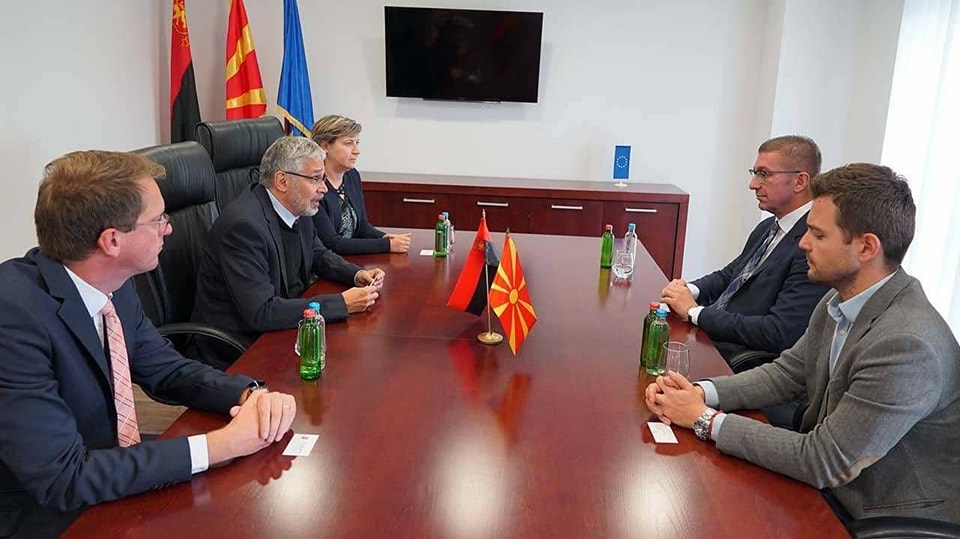 VMRO-DPMNE leader, Hristijan Mickoski, together with the vice-president of the party, Timco Mucunski, met today with Hungarian Ambassador to Macedonia, Andras Klein.

As announced by the party, the meeting discussed the current political and economic situation, as well as the energy crisis and the need to hold early parliamentary elections.

Mickoski informed Ambassador Klein about the plan for dealing with the energy crisis that VMRO-DPMNE offered to the authorities because they are not taking the necessary steps to provide coal, fuel oil, gas, oil, and oil derivatives in a timely manner, adding that if this proposal is accepted the Government, then the economy and citizens will pay twice as cheap electricity, and the people of Skopje will have timely and cheap heating.

The government no longer has the credibility to govern because it is leading the state and citizens into economic uncertainty and disaster, he pointed out.

Mickoski thanked the Hungarian support and expressed hope for the continuation of more intensive cooperation and improvement of bilateral relations with Hungary.